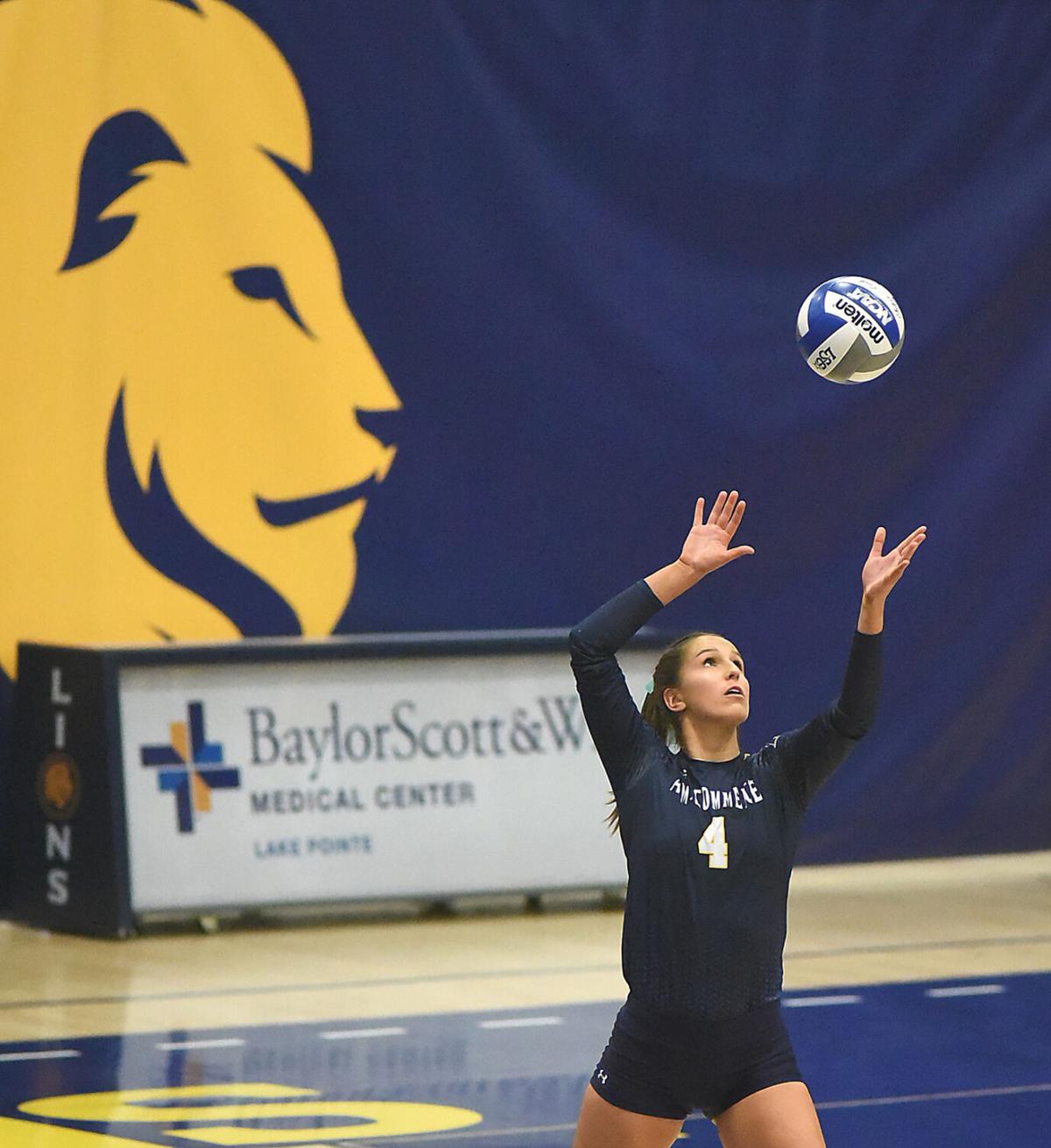 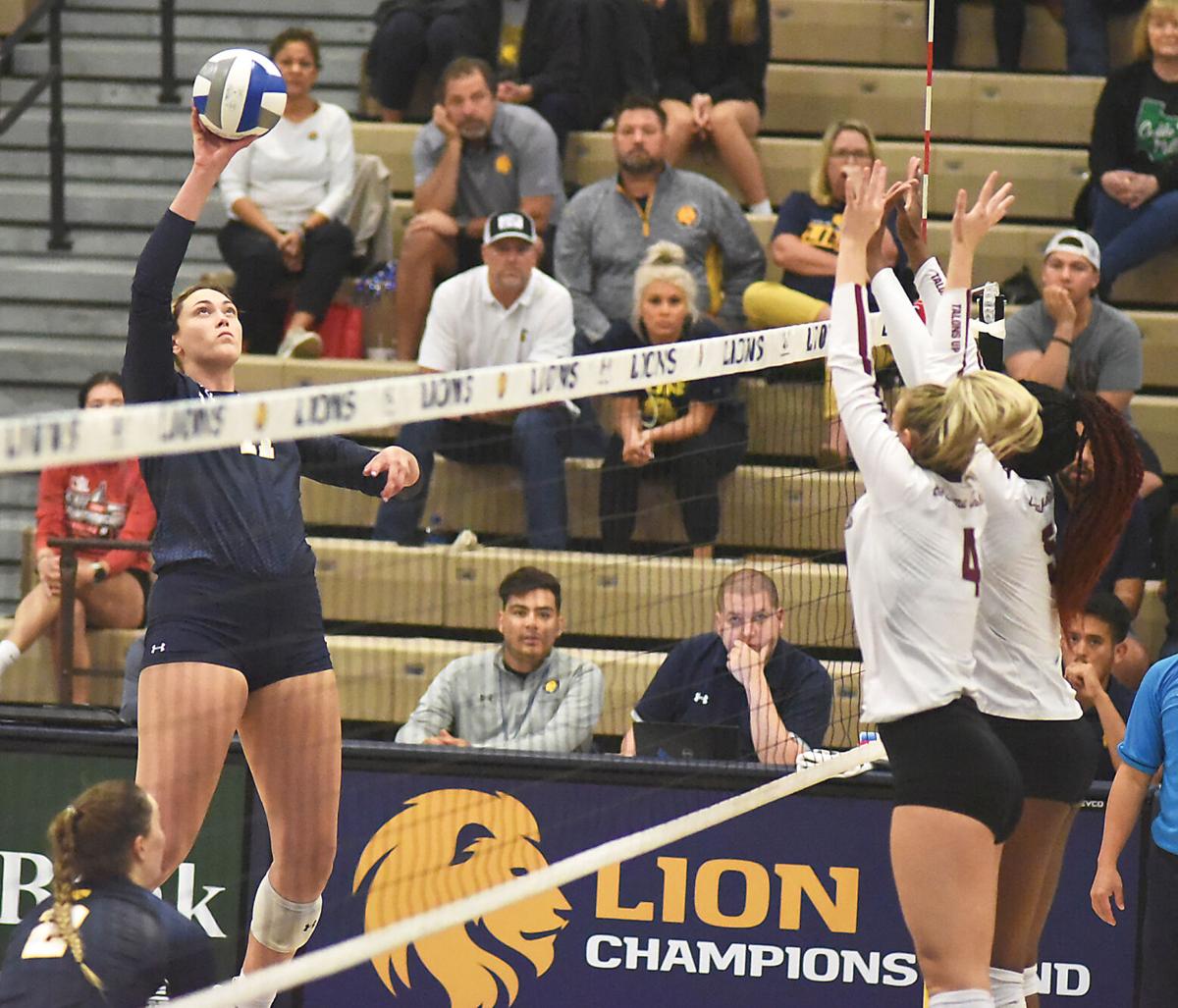 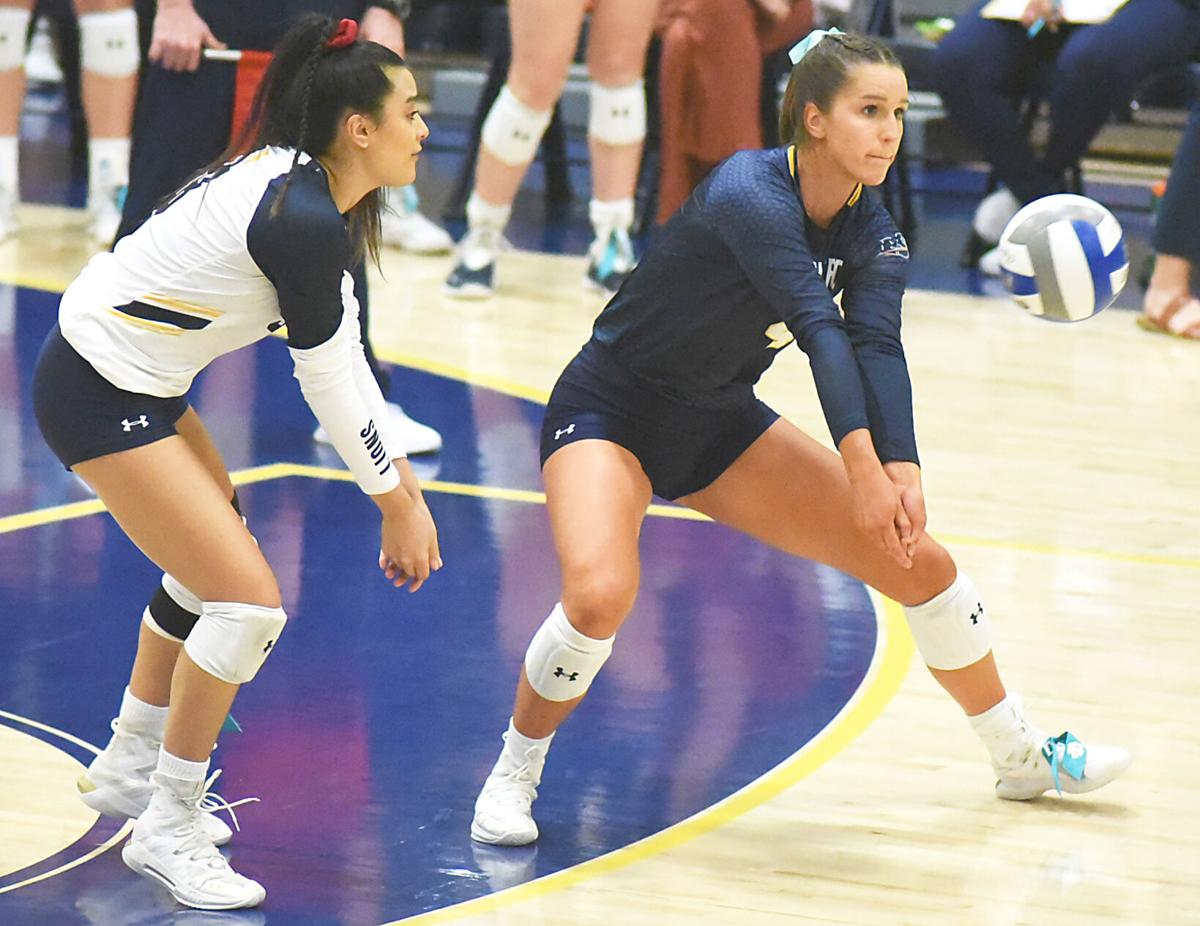 Riley Davidson returns a shot while backed up by Lyric Hebert during Texas A&M University-Commerce's match against Oklahoma Christian. 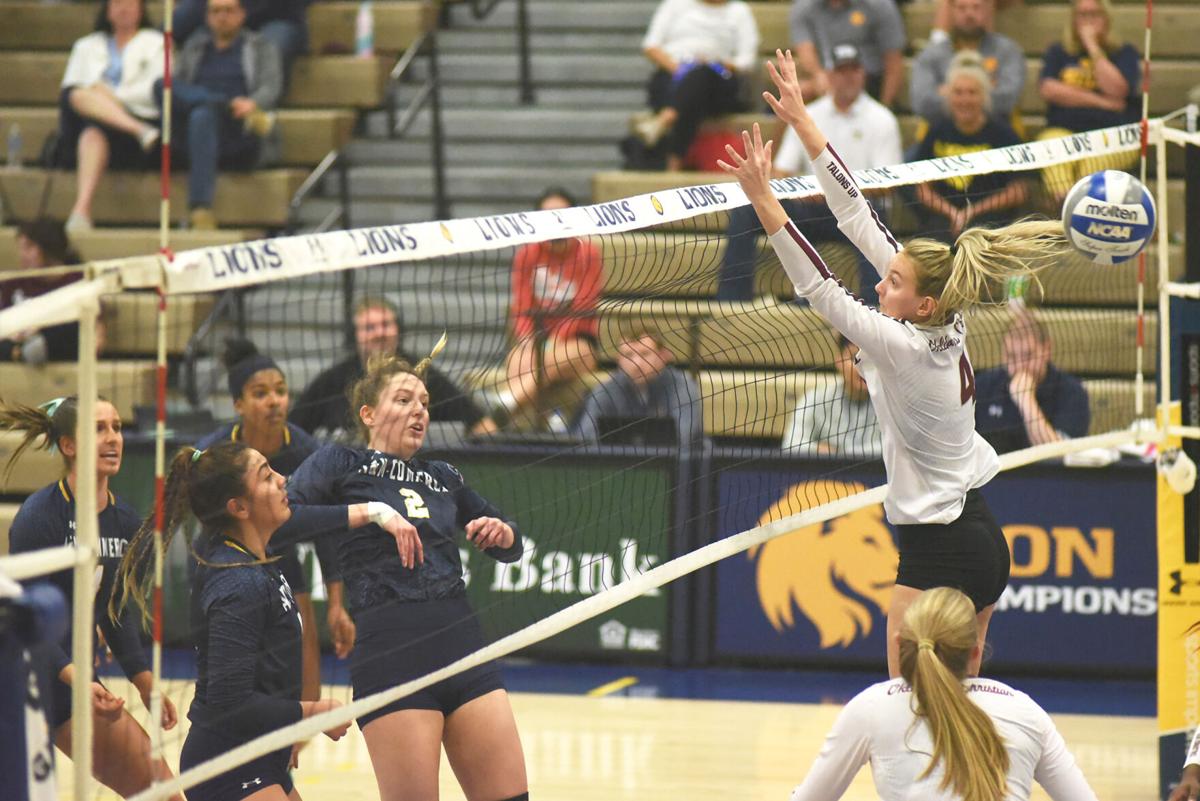 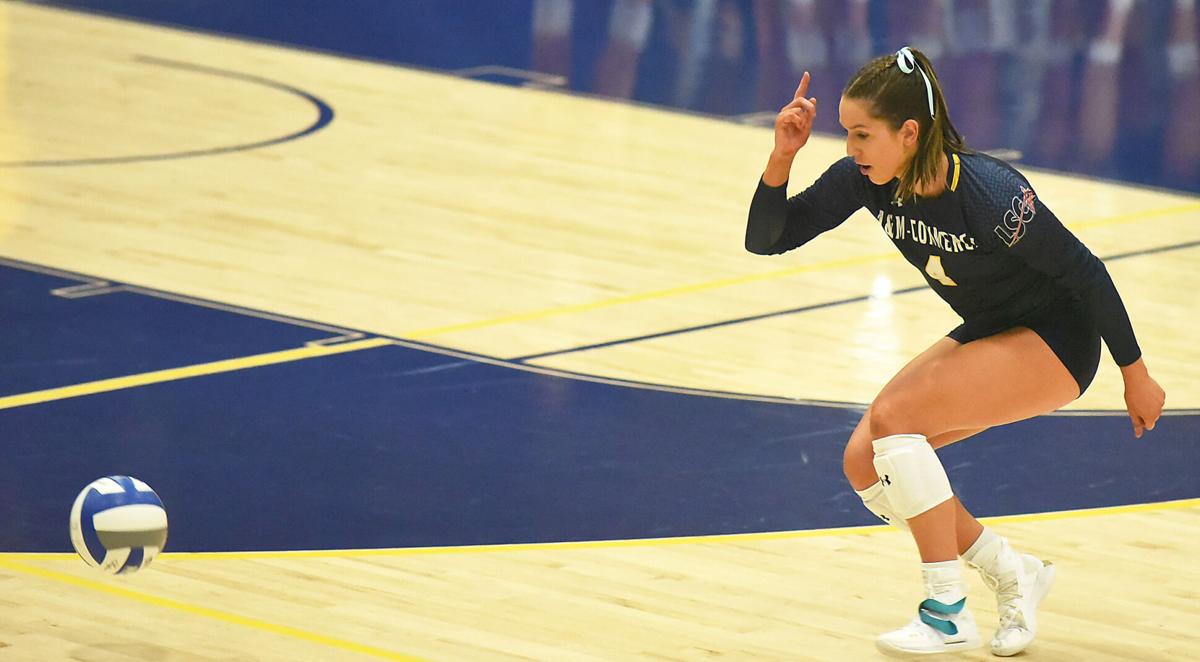 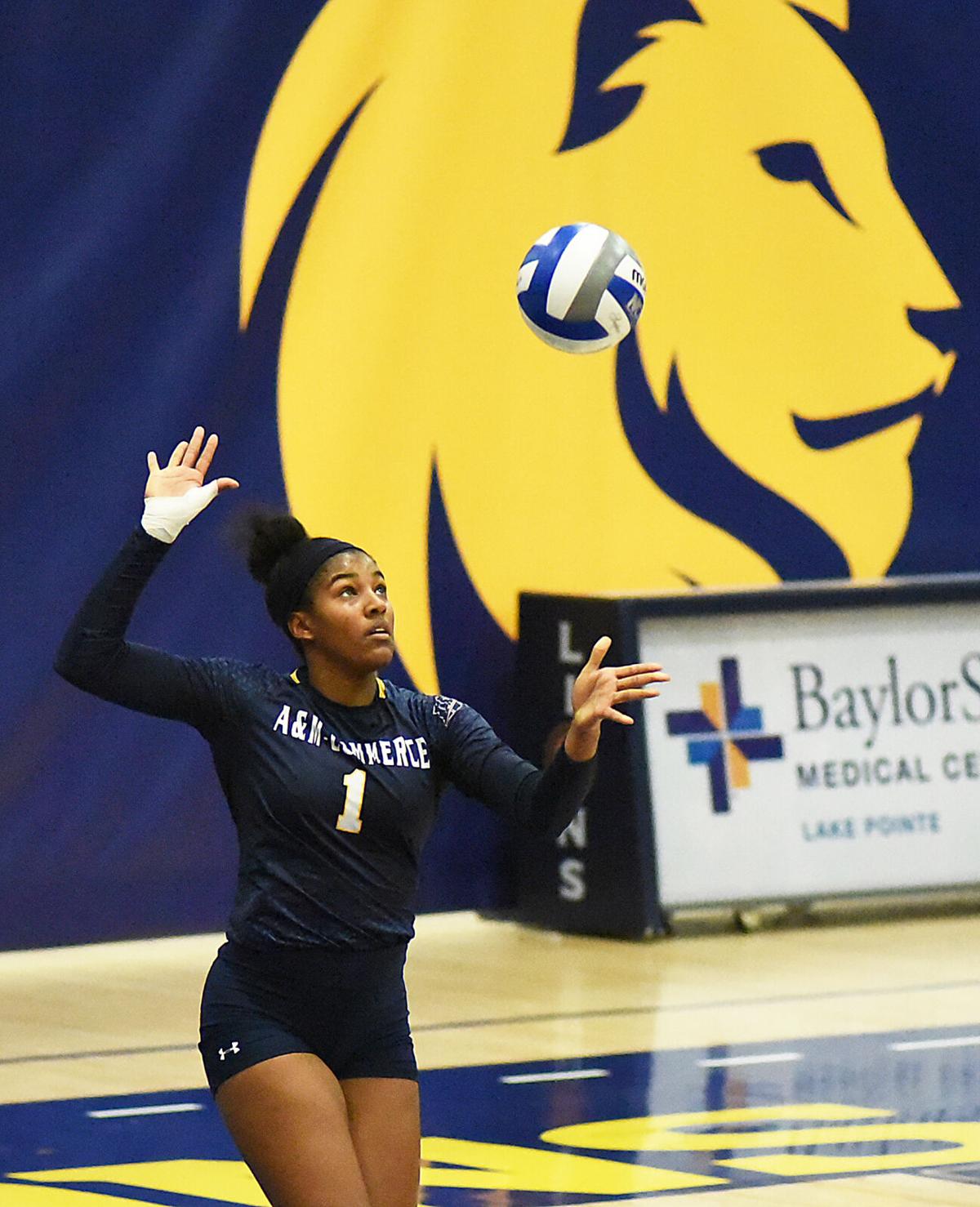 The Essence of a Serve. Essence Allen of Texas A&M University-Commerce focuses on this serve.

Riley Davidson returns a shot while backed up by Lyric Hebert during Texas A&M University-Commerce's match against Oklahoma Christian.

The Essence of a Serve. Essence Allen of Texas A&M University-Commerce focuses on this serve.

The Lions, who are headed to the Southland Conference, finished their season at 14-10.

Oklahoma Christian, now 12-17, heads to the quarterfinals of the LSC tournament at San Angelo and will next play the No. 4 seed West Texas A&M at 5 p.m. on Thursday.

“I give Oklahoma Christian a lot of credit,” said Lions coach Craig Case. “They played through a lot of adversity tonight and a lot of pressure and a good crowd and I’m really, really proud of our team and the hole we dug ourselves out of early. To have a crowd come out and support you like that. I say it all the time, I think we’ve got one of the best if not the best crowd in the entire Lone Star Conference. They were huge tonight.”

The Lions exited the conference holding the LSC record for most consecutive conference tournament appearances, 10.

The Lions lost the first two points in the decisive fifth set but stormed back with a 5-1 run to take a 7-5 lead. They did not trail again until the end of the match.

They were up 13-10 but lost points on a service error and an attacking error. Oklahoma Christian won three of the last four points to extend its season and end the Lions’.

Riley Davidson (Commerce) recorded a career-high 29 digs for the Lions.

Brylie Berryman recorded 42 digs for the Eagles, followed by Rouse (33) and Hamlin (27).

A&M-Commerce, which is a charter member of the LSC dating back to 1931, is moving into the Southland Conference on July 1 and will also move up  from NCAA Division I.