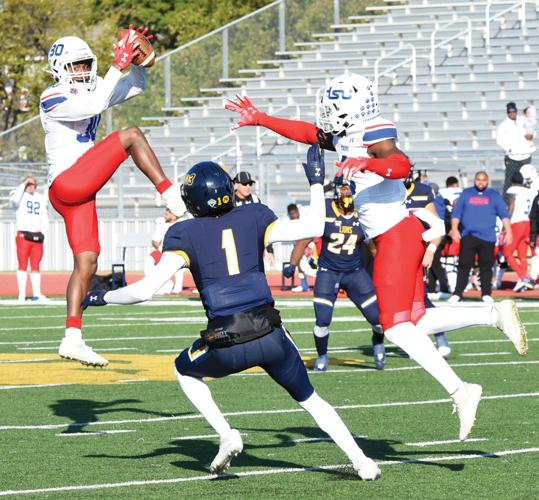 Darius Harper of Tennessee State intercepts a pass during the Tigers' 22-14 victory over Texas A&M-Commerce. Harper intercepted two passes in the game and broke up a pass in the end zone on the final play of the game. 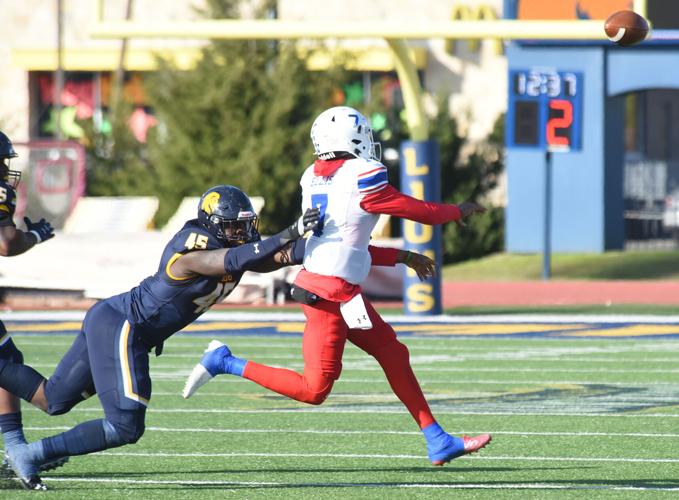 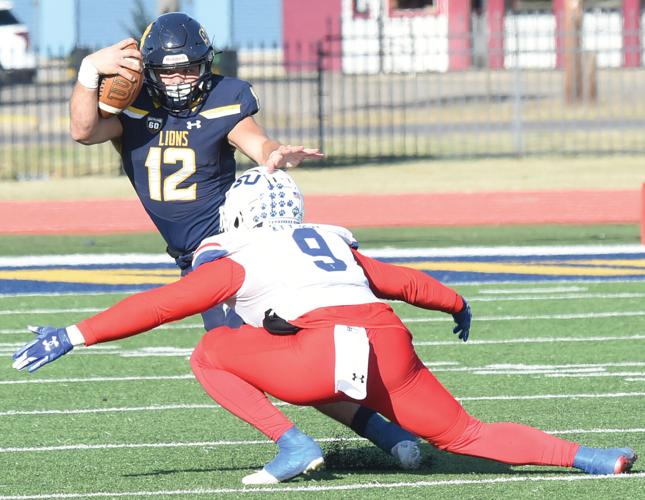 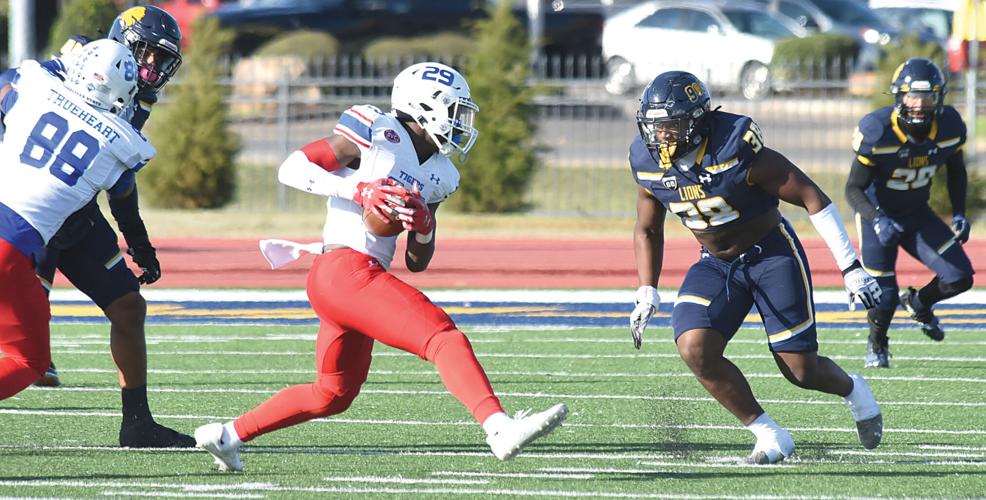 Darius Harper of Tennessee State intercepts a pass during the Tigers' 22-14 victory over Texas A&M-Commerce. Harper intercepted two passes in the game and broke up a pass in the end zone on the final play of the game.

COMMERCE — A last-second try to tie the game fell just short for the Texas A&M University-Commerce Lions in a 22-14 non-conference football loss to Tennessee State Tigers on Saturday.

The Tigers needed just 13 seconds to get on the board on a chilly afternoon with a 28-yard interception returned for touchdown by Darius Harper on the first play from scrimmage.

A&M-Commerce tied the game with a 1-yard touchdown run from Reggie Branch (Crosby), who rushed for 148 yards on 20 carries as well as two touchdowns. His 148 rushing yards are the most for the Lions in a game since 2019.

Kaleb Mosley drilled a 47-yard field goal in the second quarter with 11:11 remaining in the first half to give the Tigers a 10-7 lead and with 1:39 left in the half, Draylen Ellis rushed in a 4-yard touchdown, but the point-after attempt was blocked by the Lions.

Starting the drive at their own 28 with 1:33 left in the half, the Lions marched down to the TSU 41-yard line, but Harper picked off his second pass of the day and returned it for 45 yards to the Lion 17-yard line.

The Lion defense was able to hold the Tigers to a field goal attempt from Mosley, which was good from 36 yards out and gave Tennessee State a 19-7 lead going into halftime.

Mosley went 3-for-3 in his field goal attempts by making a 25-yard attempt with 8:43 left in the third quarter and put the Tigers up by 15.

A&M-Commerce answered with a four-play, 55-yard drive with Branch scoring a 12-yard run. Branch ran the ball on all four plays during the touchdown drive.

Both teams exchanged punts until the Lions had a 37-yard field goal attempt with 9:54 left in the game, but it was wide left. More punts followed and the Lions got the ball at their own 20-yard line with 3:17 left in the game and they were down eight.

The Lions converted two third downs on the drive and were aided by a 15-yard targeting penalty to get the ball down the to the Tiger 3-yard line. On the final play of the game, with one second left, Harper broke up the pass in the end zone and secured the win.

Cameron Nellor (Mount Vernon), who started the season as a wide receiver, but appeared as a holder, running back, and quarterback throughout the season was the Lions' starting quarterback on Saturday. He went 15 for 24 with 163 yards, but did throw two interceptions.

Defensively, playing in his final game in Commerce, Darius Williams (Arlington Heights) totaled nine tackles, including two for a loss and broke up a pass. Williams was a six-year member of the Lion football program. Michael Noble (Orange, Calif.), Celestin Haba (Columbia, S.C.), and D'Ante Smith (Richardson Berkner) had six tackles each.

The Lions outgained the Tigers, 400-240, with 11 more offensive plays. A&M-Commerce had 232 rushing yards in the game, which is the second highest of the season and best against a Division I opponent.

The loss on Saturday snaps a streak of eight straight winning seasons for the Lions.