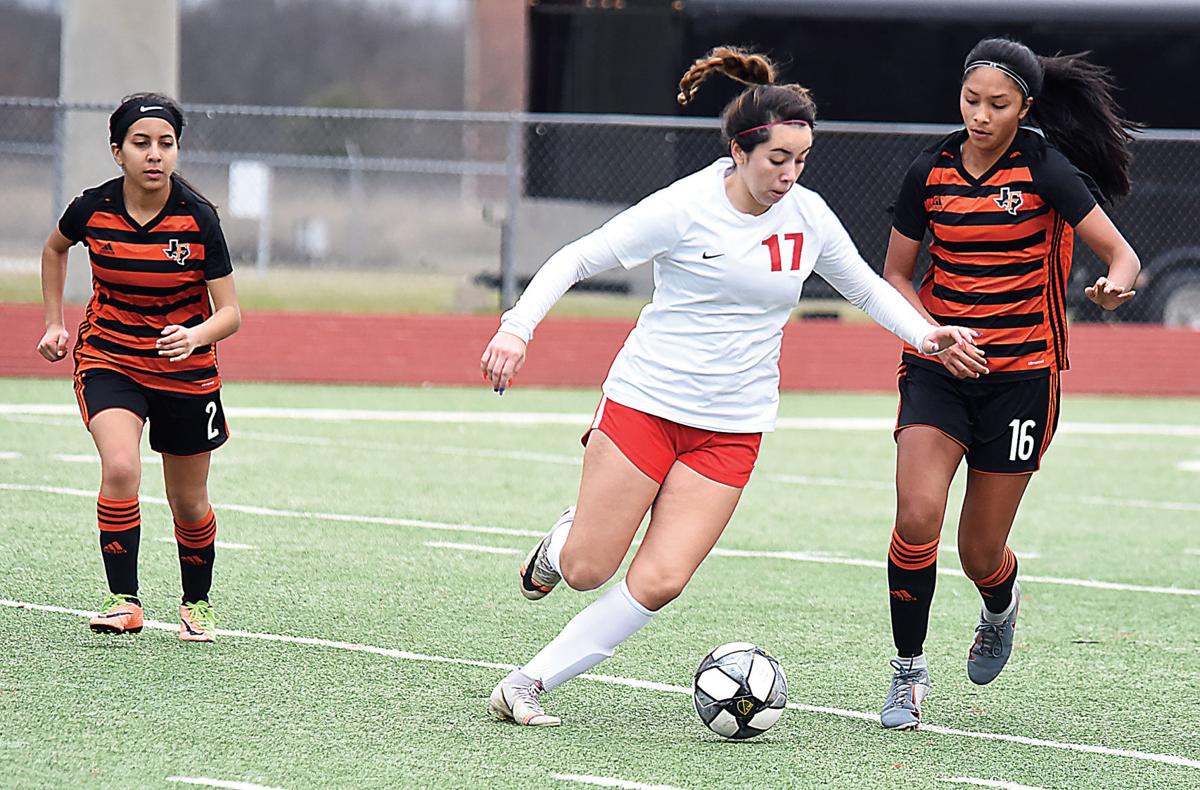 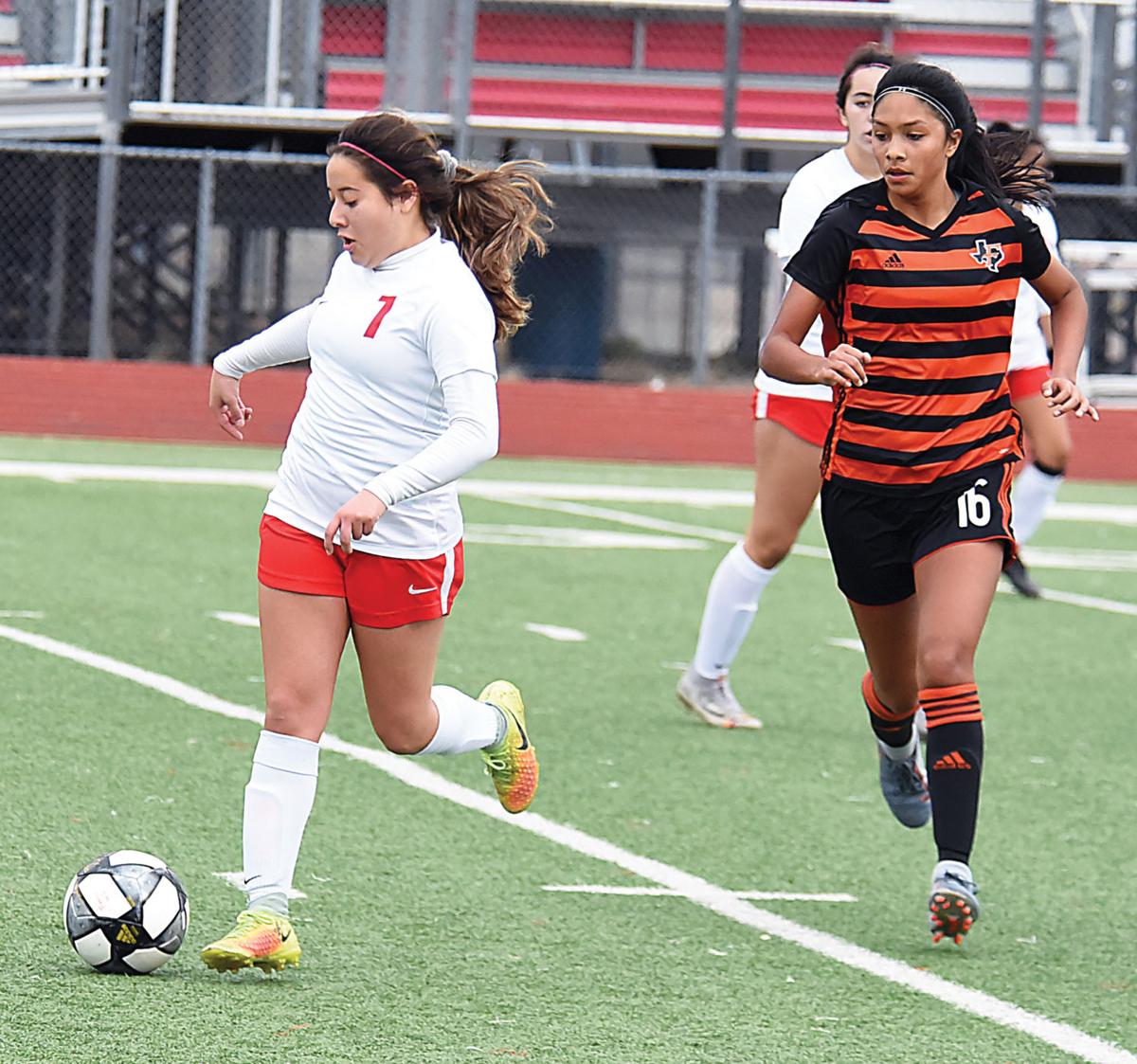 The Greenville Lady Lions began the defense of their title with a 1-1 tie against Ferris on Thursday morning at the Greenville soccer tournament at T.A. “Cotton” Ford Stadium.

The Lady Lions, who beat Terrell 1-0 in the 2019 championship game, scored with 30 seconds left before halftime on a goal by Mariah Rios that was set up by Leslie Castillo.

Ferris tied the game with about 22 minutes remaining after Greenville’s goalkeeper was sent off with a red card after knocking down a Ferris forward on a charge at the net that was outside the goalkeeper’s box. Haylie   Sanchez scored for Ferris on the free kick. Sistinas Stretch, who went in for Greenville at goalkeeper following the red card, got a hand on the ball but couldn’t stop it from rolling into the net.

Both defenses kept the shots on goal to a minimum. Greenville goalkeeper Macayla Bush made one diving save for the Lady Lions in the first half as the deflected shot bounced off the right post.

“I thought we could have played better,” said Lady Lions coach Shelby Hale. “When we came out we looked tired. We played tired.”

The two teams played in a light but steady rain for much of the game.

The Lady Lions’ squared their 2020 season record at 1-1-1. They opened the season with a 5-3 win over North Lamar as Elizabeth Gonzalez scored four goals.

North Forney beat the Lady Lions 4-0 in the second game.

The Terrell Lady Tigers opened the tournament with a 3-1 win over Quinlan Ford.

The game with Greenville was Ferris’ season opener.