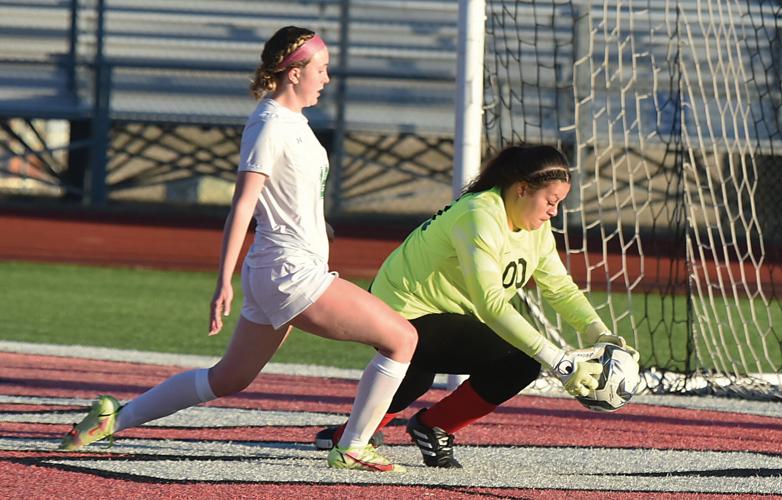 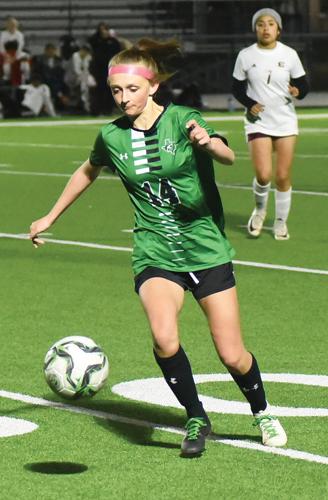 Jenna Gilbreath is spot-on during this possession for the Caddo Mills Lady Foxes in their tournament on Friday. 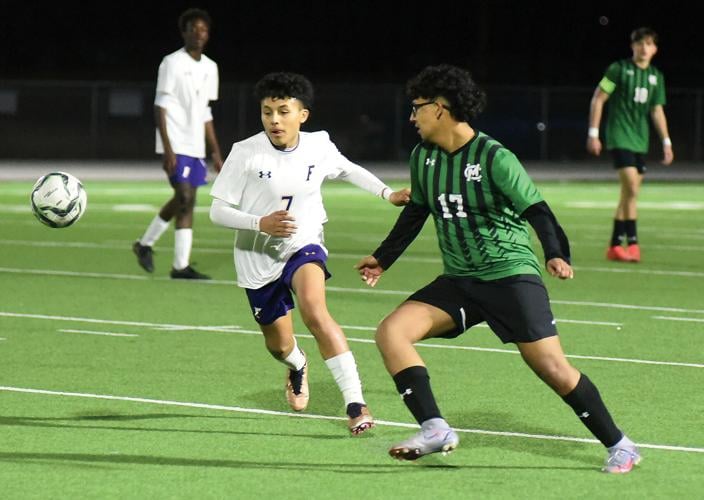 Jenna Gilbreath is spot-on during this possession for the Caddo Mills Lady Foxes in their tournament on Friday.

The threat of inclement weather has caused some changes in the schedules for the Greenville High School soccer and basketball games.

The Greenville Lions’ District 13-5A varsity soccer opener scheduled for Tuesday against McKinney North at T.A. “Cotton” Ford Stadium has been moved from Tuesday to Wednesday, with a 6 p.m. start.

The Greenville Lady Lions’ District 13-5A soccer opener scheduled for Tuesday at McKinney North has been moved back a day, also to start at 6 p.m.

Greenville’s varsity District 13-5A home basketball doubleheader against Melissa scheduled for Tuesday has been moved up in time. The varsity girls are to play at 4:30 p.m., with the varsity boys to follow at about 5:45 p.m. There will be no freshman or junior varsity games.

The Greenville Lady Lions’ soccer team is now 6-7-1 for the season after they won the Caddo Mills tournament on Saturday. The Lady Lions lost their opener in the tournament 1-0 to Ennis but then won their next four matches.

The Lady Lions beat Gainesville 2-0 on goals by Carolina Jasso and Aidyn Camacho.

They then blanked Farmersville 4-0 as Ava Thomas scored twice and Jasso and Baylee Holloway scored.

They beat Caddo Mills 1-0  in the tournament semifinals on a goal by Camacho.

They tied Ennis in the tournament finals and won in a penalty kick shootout, 3-2. Holloway, Jazmin Rios and Makayla James scored on the shootout for the Lady Lions.

The Caddo Mills Lady Foxes dropped to 10-2 for the season with the 1-0 loss to Greenville. Caddo Mills beat Farmersville 4-1, Gainesville 3-0 and Ennis 1-0 in the tournament.

The Greenville Lions are tied for fourth place in District 13-5A basketball with Princeton and McKinney North at 2-4. Lucas Lovejoy is 6-0 after beating the Lions 55-42 on Friday night. Melissa and Sherman are tied for second at 4-2. Denison trails the field at 1-5.

JaQualyn Davis led the Lions against Lovejoy with 10 points, followed by Micah Simpson with 8, plus Xak Wylie, Hezakiah Anderson and Kayden Edwards with 6 points each.

The Greenville Lady Lions are still looking for their first district win after falling 48-36 to Lucas Lovejoy. Chennia Sanders and Cierra Baysinger fired in 9 points each to lead the Lady Lions, who also picked up 8 from Aaniyah Venters and 6 from Caroline Bowers.