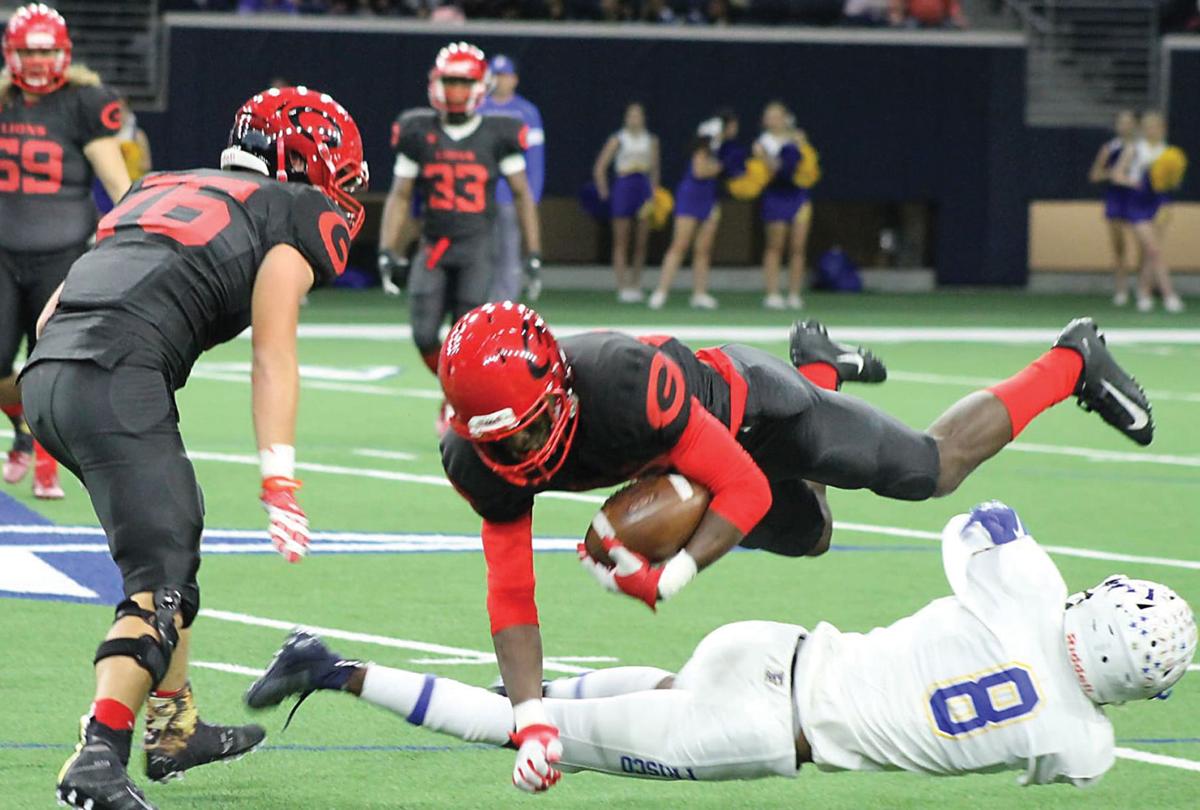 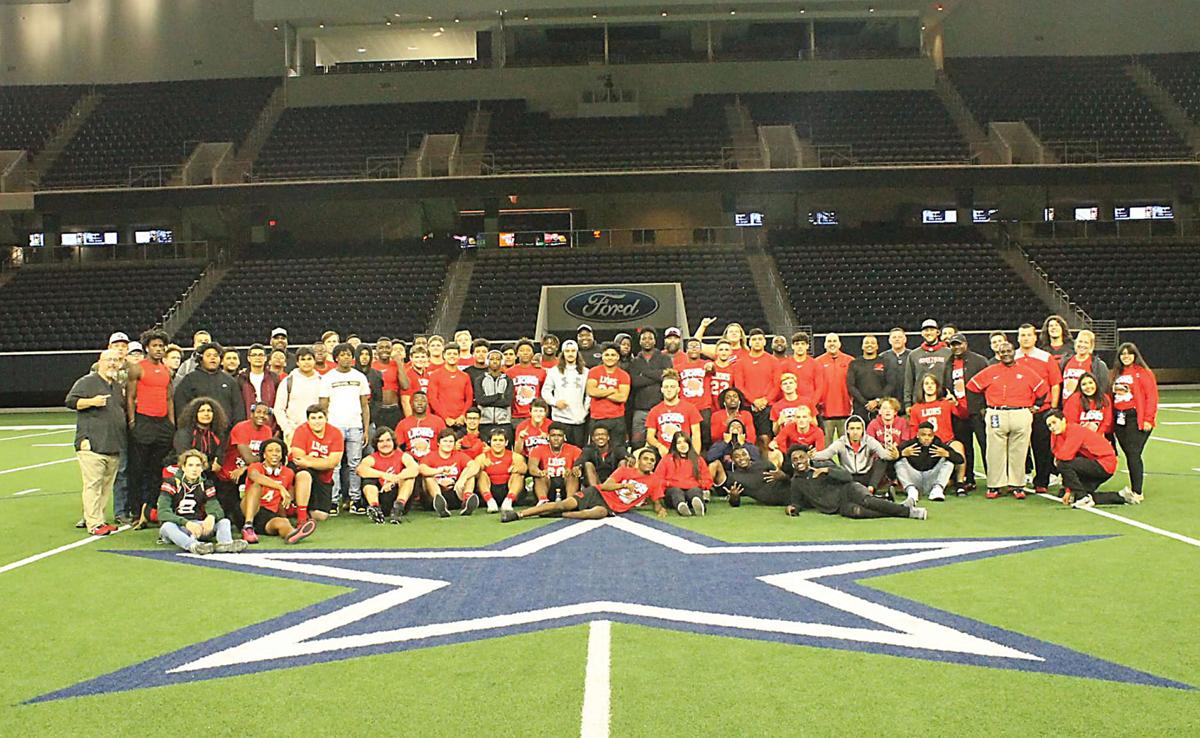 The Greenville Lions football players, coaches and athletic trainers pose for a photo behind the Cowboys’ star at the Ford Center at The Star in Frisco on Thursday prior to their playoff game.

The Greenville Lions football players, coaches and athletic trainers pose for a photo behind the Cowboys’ star at the Ford Center at The Star in Frisco on Thursday prior to their playoff game.

FRISCO — The Greenville Lions hung tough with district champion Frisco for a half before giving way in a 44-12 Class 5A, Division II bi-district football loss to the Raccoons.

A red-clad crowd from Greenville filled up much of the visitors side of the Ford Center at The Star on Thursday night. They watched the Lions score on two big pass plays in the first half to trail only 14-12. Greenville outgained Frisco 229-147 in total yards in the first half.

But the Raccoons dominated the second half, outgaining the Lions 296-90. Four of the Lions’ five possessions in the second half ended in turnovers as Frisco outscored the Lions 30-0 during the final 24 minutes.

“I just thought the turnovers eventually got us behind,” said Lions coach Darren Duke.  “We were trying to play catch-up.

“We just couldn’t get any momentum in the second half.”

Greenville, which was making its first appearance in the football playoffs since 2003, ended the season at 6-5.

“I thought the crowd was fantastic, the effort was great,” said Duke. “They were good. We knew they were good.”

Frisco, now 10-1, advances to the area round to play Dallas South Oak Cliff, a 21-7 winner over Midlothian.

Greenville scored its two touchdowns in the first half on a 42-yard halfback pass from Miles Denson to a wide-open Shawn Brown and on a 72-yard pass from quarterback Brandon Stephens to Caleb Johnson.

That was Denson’s first pass attempt of the season and the first time the Lions had tried that trick play this season. Stephens’ touchdown pass to Johnson was his 14th TD toss of the season. It was Johnson’s sixth touchdown reception. Brown also finished the season with six touchdown catches.

Stephens, who missed the second half of the 32-25 loss to Ennis the previous week with an injury, played most of Thursday’s game though he sat out a couple of plays after suffering an injury. He was 9-of-20 passing for 163 yards and three interceptions and rushed for 35 yards. Stephens upped his season total to 1,173 yards passing and 584 yards rushing.

Frisco defender Jacob Stayman recovered one Greenville fumble at the Lions’ 1-yard line, leading to a 1-yard quarterback sneak for a touchdown by Caree’ Green.

Frisco followed up an interception by Max Sowerwine with a three-play, 49-yard drive topped off by a 2-yard TD run by Bryson Clemens.

Chase Lowery of Frisco also returned a punt 42 yards for a touchdown in the fourth quarter.

Frisco rushed for 367 yards as Clemons led with 153 yards on 23 carries and Reece ran for 87 yards on seven carries.

DeGarrious Ford and Tyrecus Davis led the Lions defense with interceptions. The Lions followed up Ford’s interception with the Denson touchdown pass on the next play.

The two teams combined for 22 penalties and 208 penalty yards.

Frisco had two touchdowns called back in the first quarter on an illegal block and a holding penalty.