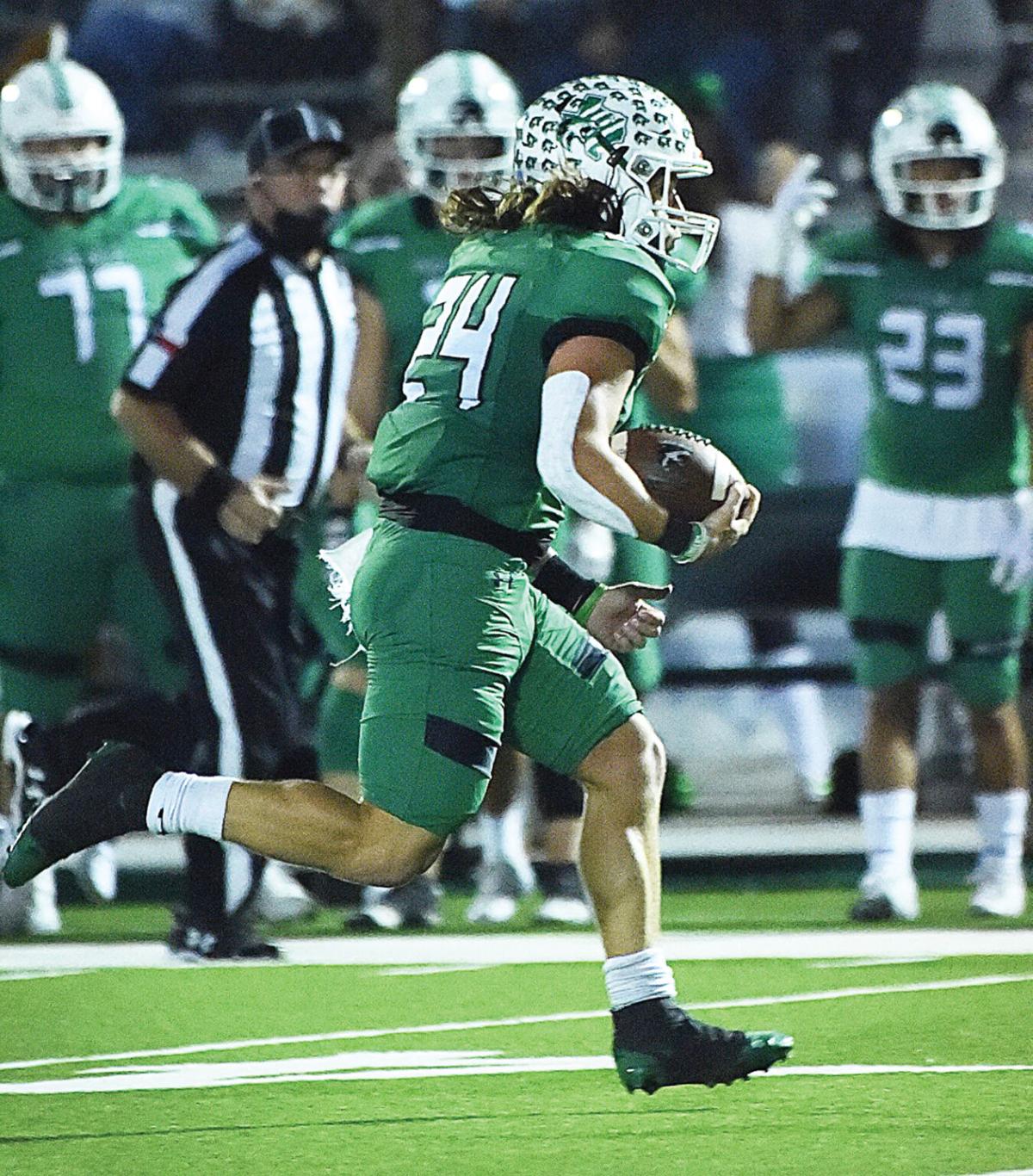 Caddo Mills running back Konner Pounds breaks out in to the open during the Foxes’ bi-district win over Hillsboro. Pounds ran for three touchdowns. 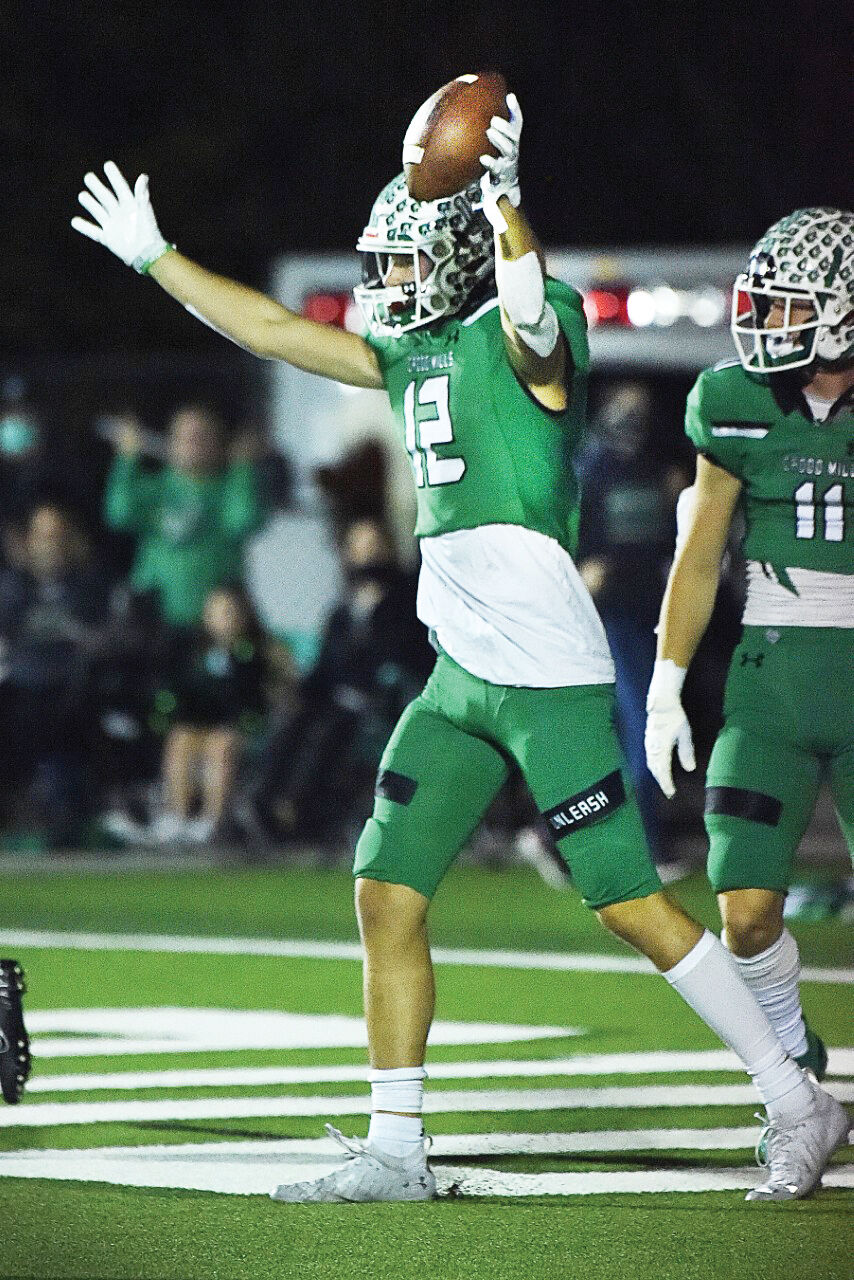 Touchdown! Cayden Davis holds up the football after scoring on a 41-yard diving catch for the Foxes.

Caddo Mills running back Konner Pounds breaks out in to the open during the Foxes’ bi-district win over Hillsboro. Pounds ran for three touchdowns.

Touchdown! Cayden Davis holds up the football after scoring on a 41-yard diving catch for the Foxes.

The 10-0 Foxes, who are No. 7 in the state rankings, moved on to the area round to play Van, which won its bi-district playoff game 34-0 over Liberty-Eylau.

Caddo Mills lost a turnover on its first possession with an interception and then scored on its next six possessions to build a 43-0 halftime lead and then drove in to score again on the first possession of the second half to go up 50-0.

“We started off a little sluggish,” said Caddo Mills coach Kodi Crane. “Once we rolled, we rolled.”

Caddo Mills quarterback Tyler Townley ran for 80 yards on seven carries, including a 28-yard touchdown, and was 13-of-19 passing for 195 yards, including touchdown passes of 41 yards to Cayden Davis and 7 yards to Gavyn Beane. Beane led the Fox receivers with five catches for 43 yards. Davis caught three for 54 yards.

Sophomore Adrian Baxter, recently brought up from the junior varsity, scored on his first varsity carry: a 30-yard run up the middle. Baxter finished with 43 yards on six carries.

Fox placekicker Jonah Rupe was 7-of-7 on extra point kicks and capped scoring in the fourth quarter with a 34-yard field goal.

The hustling Caddo Mills defense limited Hillsboro to only 104 total yards, including 10 yards rushing and 94 passing.

Hillsboro quarterback Thomas Pratt, who missed some games earlier this season with a dislocated elbow, was pressured often by the Caddo Mills defense and went 16-of-30 for 94 yards.

Crane said the Foxes played well on both sides of the ball.

“They came out with a different game plan than they had in the past,” said Crane. Coach (Steve) Hale does a good job. That is a well-coached, disciplined team.”

“We’ve just got to keep advancing now,” he said. “One week at a time.”

The Knights stayed undefeated for the season at 10-0 and will advance to the area round to play Tolar, a 45-42 bi-district winner over Dawson.

Wolfe City pulled to within 14-6 in the second quarter after Tristyn Miller scored on a 31-yard run.

Lindsay responded with 34 unanswered points, led by quarterback Kolt Schuckers. The Knights went up 27-6 at halftime. Schuckers was averaging 371 yards passing  per game this season.