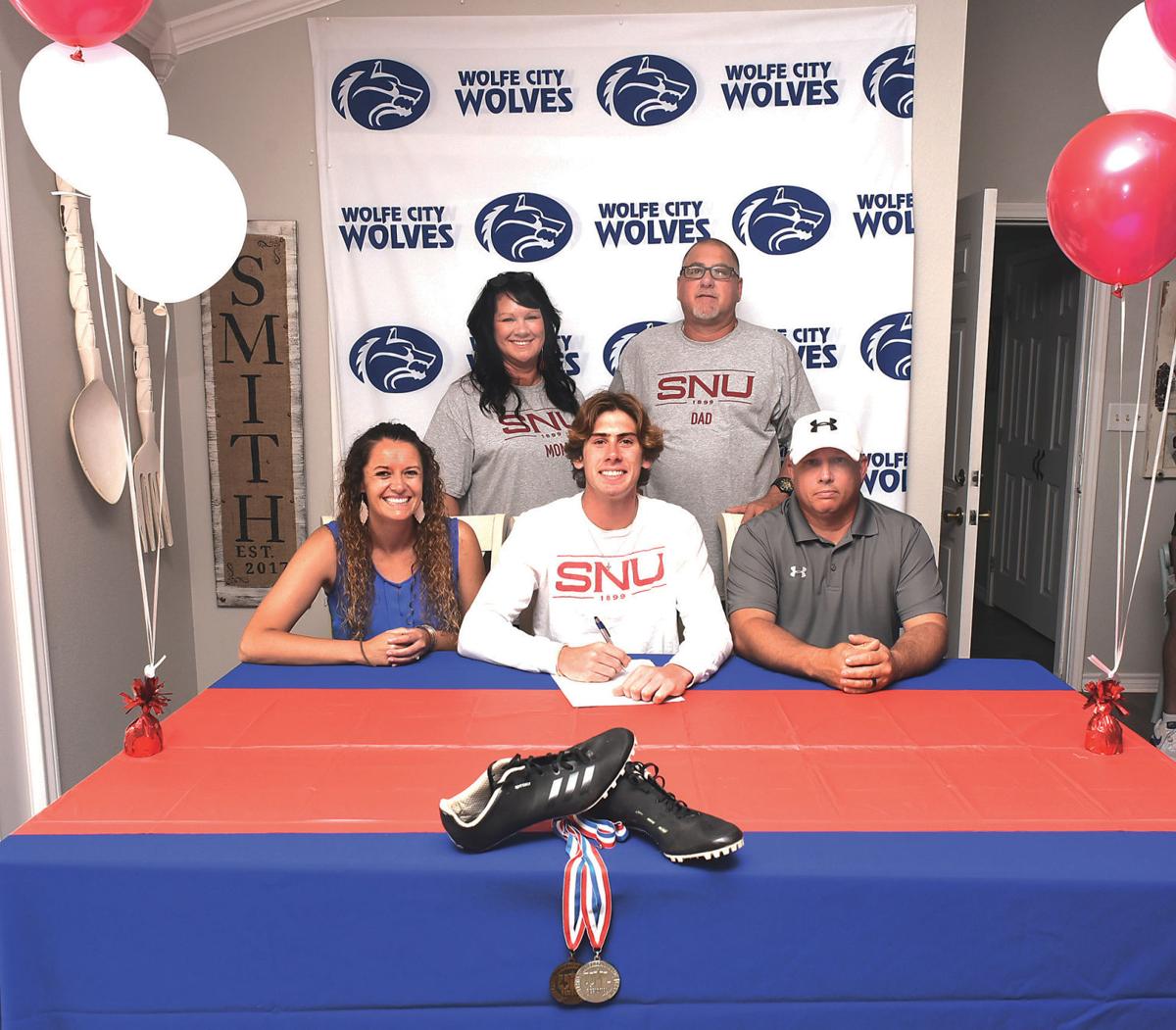 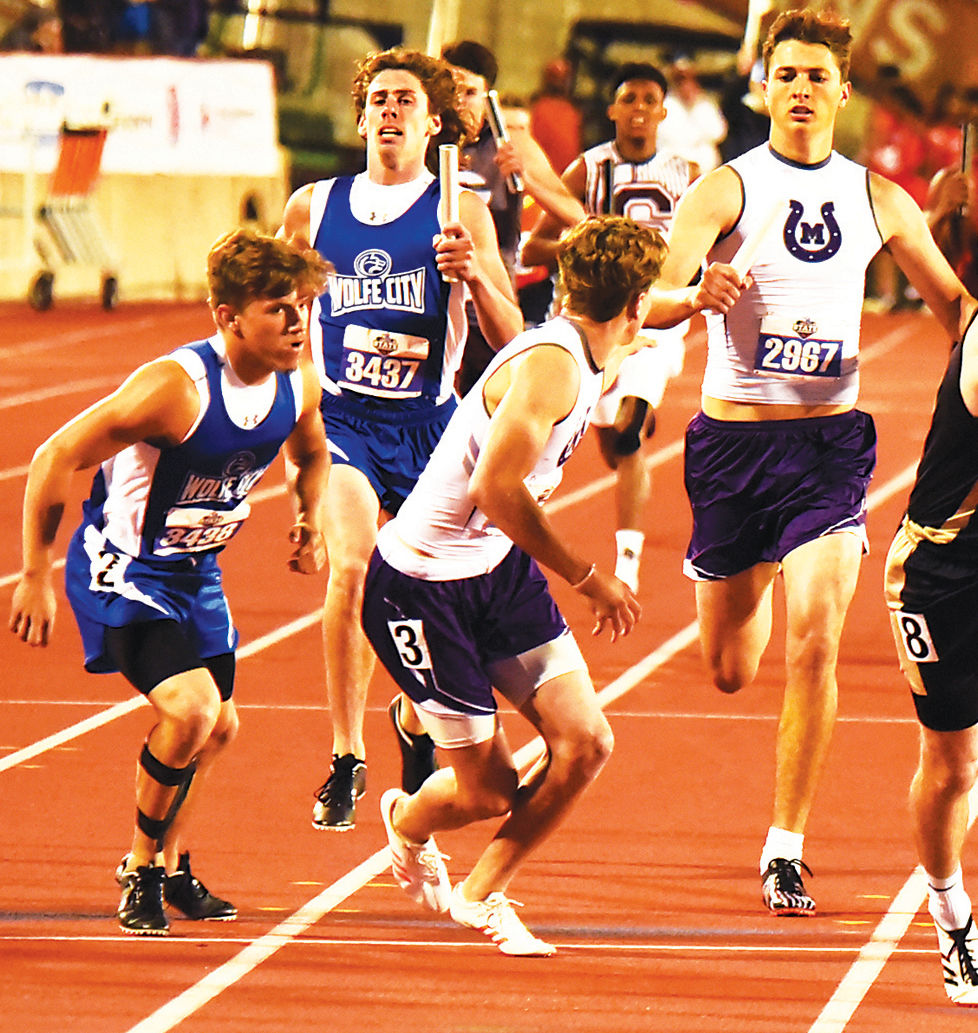 Dayton Smith (No. 3437) hands off the baton to Wolfe City anchor Dylan Wilson as the Wolves go on to finish fourth in the 4x400-meter relay last year at state.

Dayton Smith (No. 3437) hands off the baton to Wolfe City anchor Dylan Wilson as the Wolves go on to finish fourth in the 4x400-meter relay last year at state.

WOLFE CITY — Though his track and field season was cut short because of the coronavirus pandemic, Wolfe City graduating senior Dayton Smith will get to keep on running.

Smith has signed a letter of intent to compete in track and field at Southern Nazarene University in Bethany, Oklahoma. Smith plans to run the 800 or 1500 and on the Crimson Storm’s 4x400-meter relay team.

Smith said it was “tough” not to complete his senior track season. The Wolves had high hopes for their 4x400-meter relay that placed fourth at state last year. All four members of that team, including Pete Martinez,   Cody Bellville, Smith and Dylan Wilson were underclassmen. The Wolves ran in only a couple of 2020 meets and the one time the four state finalists ran together they won the relay race by more than 100 meters, according to Smith.

The Wolves didn’t get to run at district, area, regional and state due to the pandemic.

“I had to stay positive because I’m still working out for college,” said Smith. “I’m just happy we made the history books last year.”

They set a school record with their time of 3 minutes, 27.39 seconds.

Smith was a four-sport standout for the Wolves. He earned first-team All-District 6-2A honors in football as a defensive end after helping the 8-3 Wolves to a share of the district title.

He captured defensive most valuable player honors in basketball after the Wolves went 27-9, claiming a share of the District 13-2A title and winning a bi-district title.

Smith also played on a doubles team in tennis that advanced to the region tournament.

“I was pretty busy all four years,” he said. “Never a dull moment, really. I wish Wolfe City would have had cross country.

“It was awesome being a Wolf. There was never a time that I felt like a loser. We were always winning,” he said.

“Dayton Smith’s going to do great,” he said. “He just has that makeup.”

Blassingame said Smith “kind of laid the foundation for us going forward” and was part of a “solid group” of athletes at Wolfe City.

Smith will be joining a former Wolfe City standout Zach Tisdale at Southern Nazarene. Tisdale is a defensive end on the Crimson Storm’s football team and said he plans to help Smith adjust to the college life.

Smith said his goal at Southern Nazarene is to keep improving his times in the races as much as possible.

He plans to major in sports management.

“I want to open up a sports complex.”

Sara Breakiron Yates, of Commerce, died on May 26, 2020. A service will be held in the future once COVID-19 restrictions have been lifted.

R.M. York, age 85, of Greenville, passed away on May 26, 2020 in Greenville. He was born in Cottonwood Texas, on July 19, 1934 to Cordie and Marion York. He was a member of Vansickle Baptist Church. R.M. worked in quality control at E-Systems in Greenville for 41 years until retirement, and …