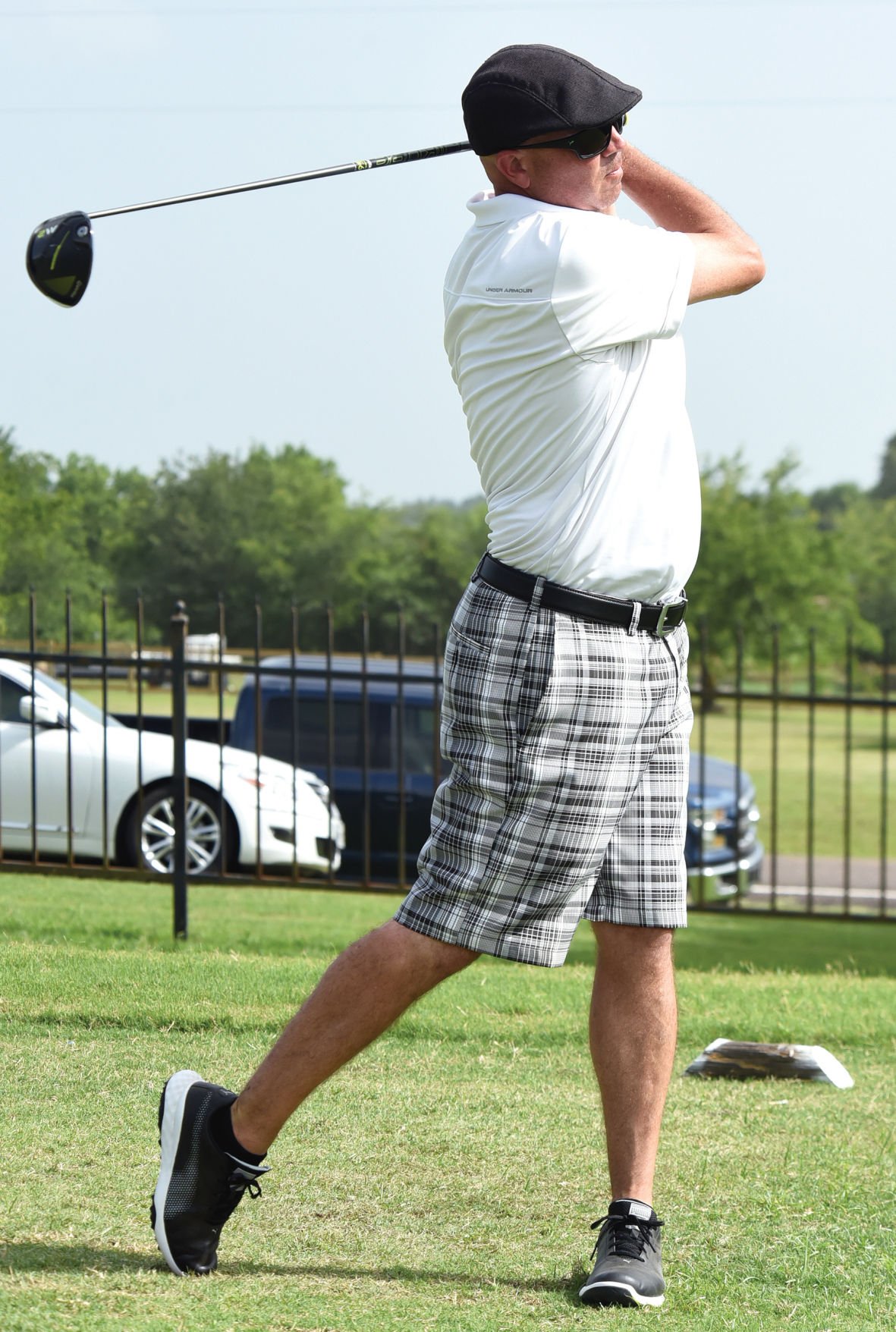 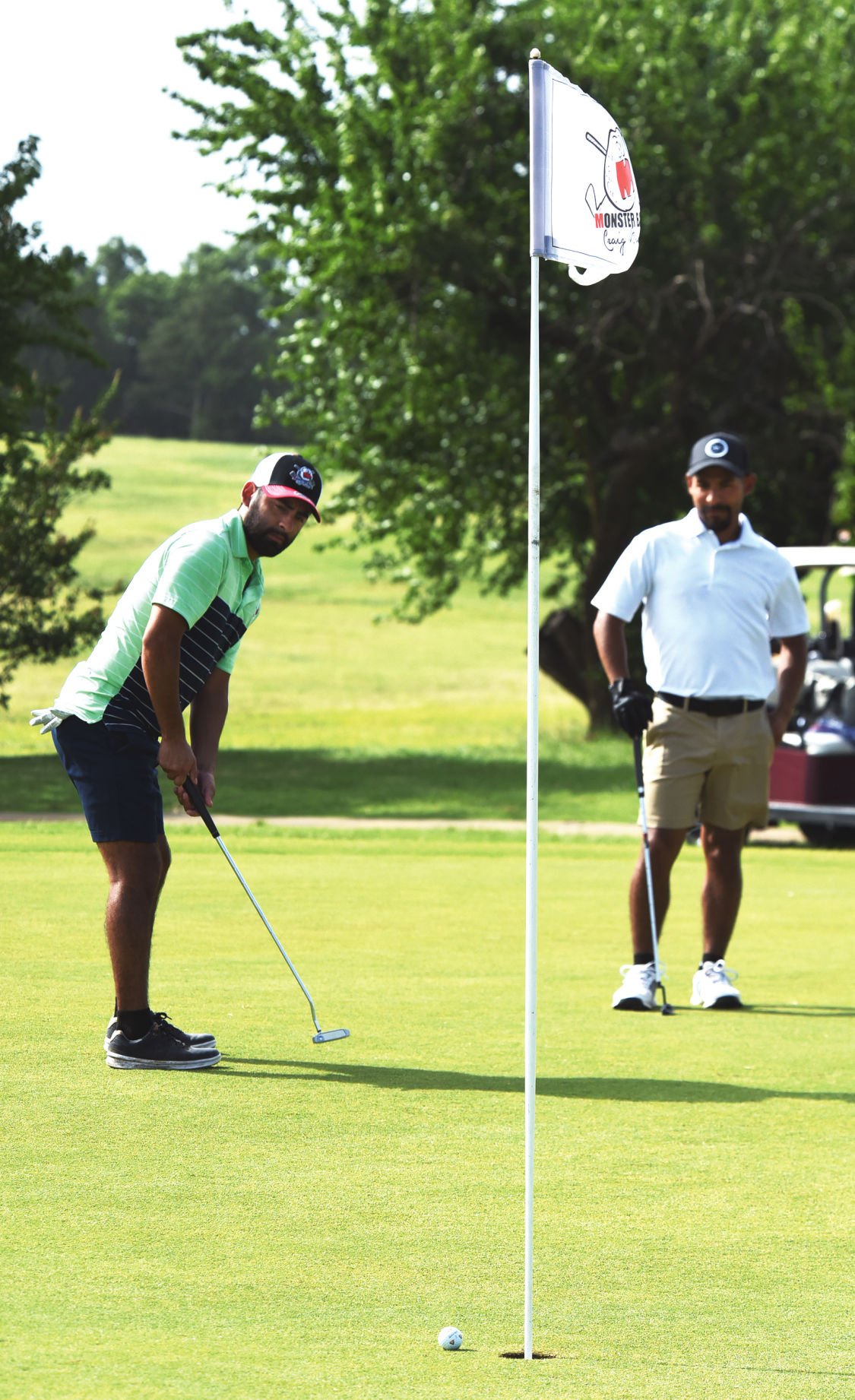 Andrew Carrillo barely misses this putt as Alvaro Carrillo looks on during play in the Monster Ball golf tournament. 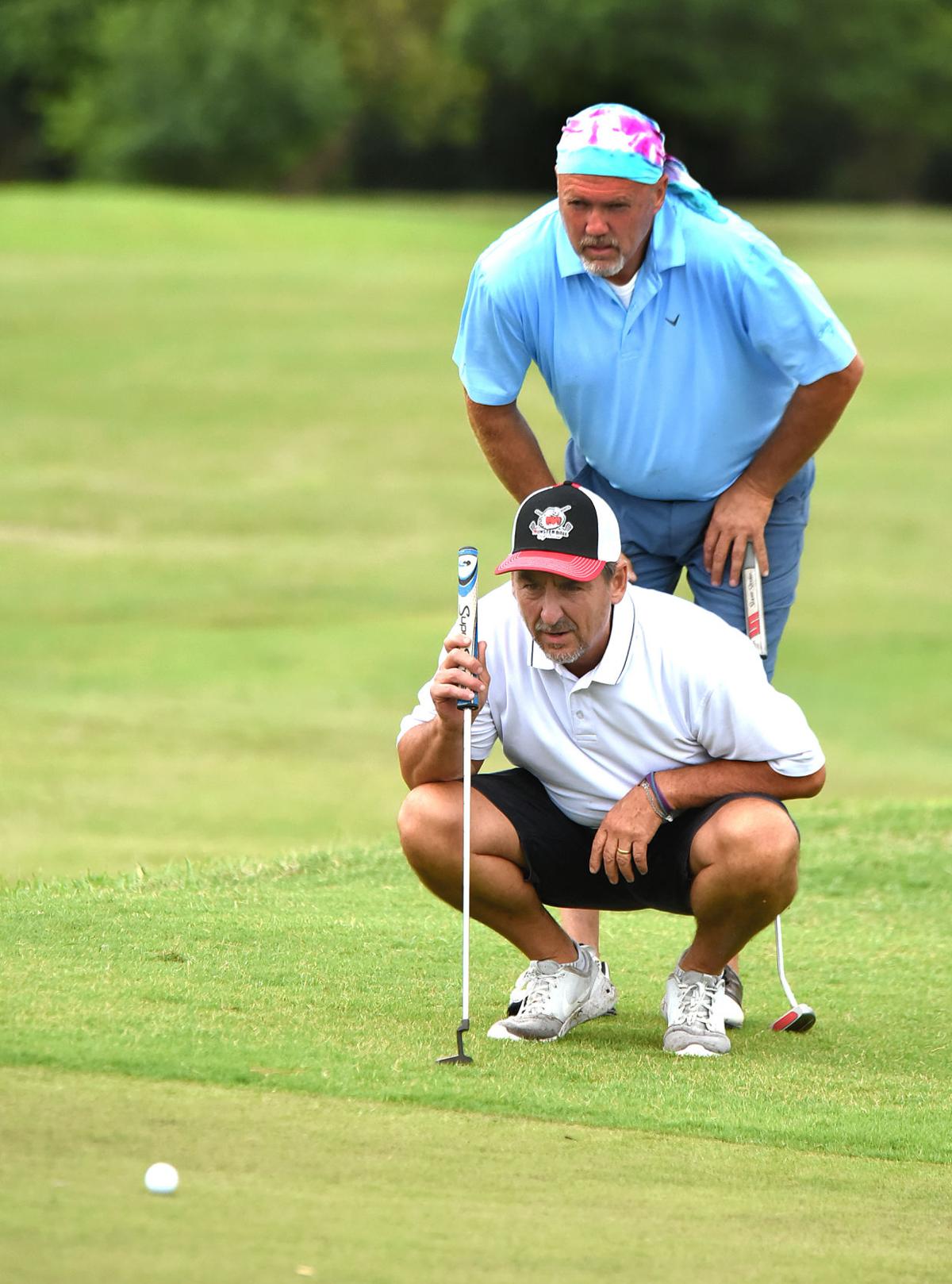 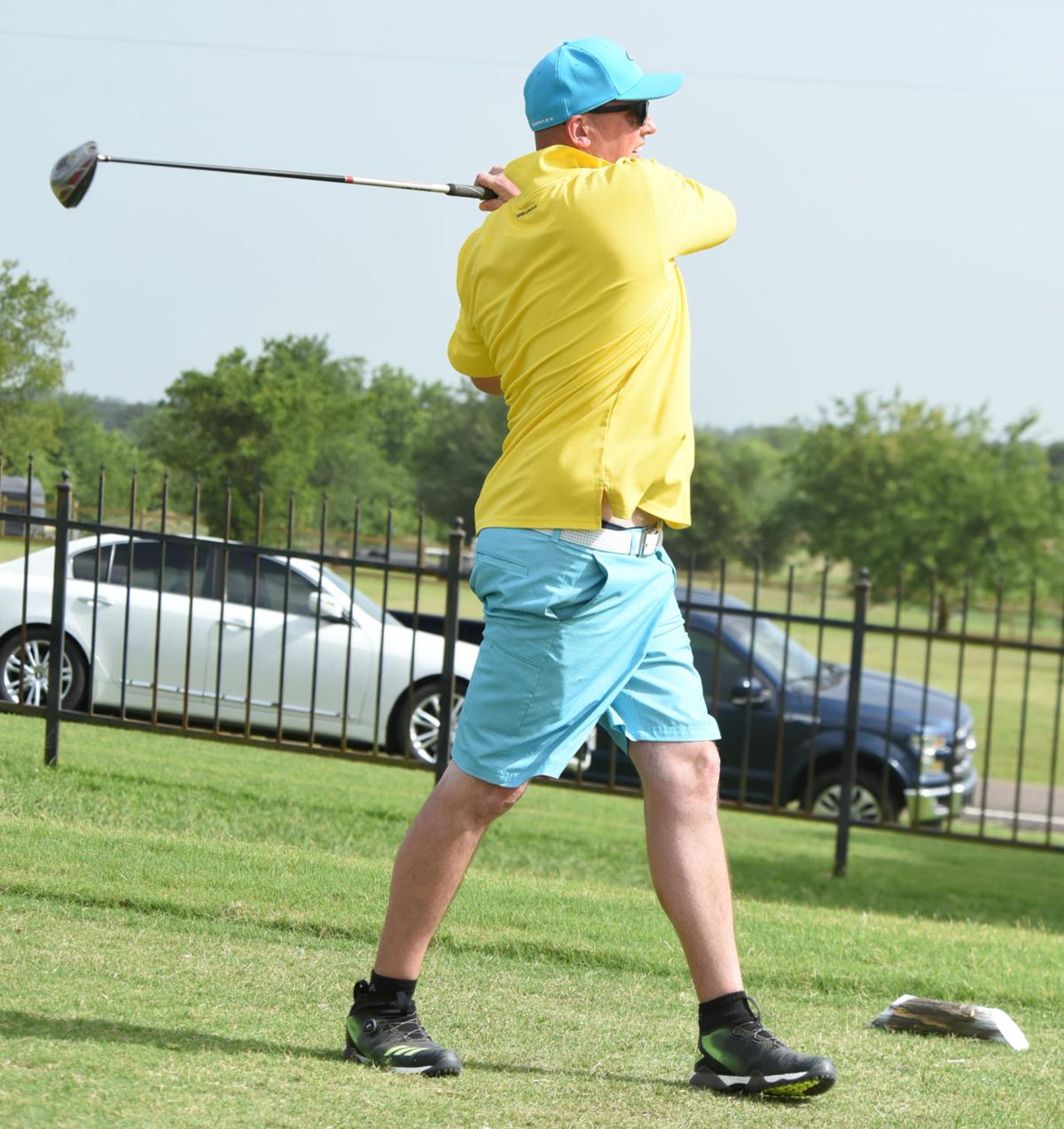 Andrew Carrillo barely misses this putt as Alvaro Carrillo looks on during play in the Monster Ball golf tournament.

Todd Bissenden, who is originally from British Columbia in Canada, teamed with Corey Knowlton of Rockwall to finish first in the championship flight. They shot rounds of 63 and 62 to win by a stroke with their 36-hole total of 126.

Bissenden was a two-time national motocross champion in Canada before taking up golf. He played two seasons of golf at the University of Houston after ranking among the top junior golfers in Canada.

This was Bissenden’s first time to play in this tournament with Knowlton, who said he didn’t play golf in high school.

“I work with Corey in the hunting industry,” said Bissenden.

A stroke back in second were the Paris, Texas brothers Jack and Gatz Nottingham (62-64-126). They both played for the Wildcats’ golf team. They won the first flight of this tournament in 2014.

Former Greenville Christian all-state football player Joe Killgore teamed with Casey Barbee to finish third in the championship flight at 127 after shooting a 62 on Sunday.

Former Rains Wildcat Brady Davenport and ex-Greenville Lions golfer David Weaks tied for second in the first flight with Webb Hill regulars Trent Borchardt and Aaron Moreland at 127. Davenport and Weaks shot the low round of the tournament on Saturday, a 12-under 60.

Other flight winners included Gary Wallace and Steve Eaton in the fourth, Justin Waddle and Harper Waddle in the fifth and Tyler Nicholson and Ryan Reeves in the seventh. Two teams tied for first in the sixth flight:Caden Bowers with his grandfather Bobby Bowers and Darrell Lummus and Eric Slabotsky.

The final round of the top four flights was delayed by a thunderstorm on Sunday. The tournament finished as darkness was closing in.

The tournament officials obtained special permission from Hunt County Judge Bobby Stovall and Richard Hill, the interim director of Hunt County Heath Department, to hold the tournament after Texas Gov. Greg   Abbott, following a spike in reported COVID-19 cases in the state, issued an executive order on Friday, ordering that “outdoor gatherings of 100 or more people must be approved by local governments, with certain exceptions.”

“We’ve actually done a good job of doing some social distancing,” said Kevin Bowers, one of the tournament organizers. “Instead of one check-in desk we had five.”

Social events planned with the tournament were also called off due to concerns over the pandemic.

The tournament is named for Craig Bowers, a former Greenville Lion athlete and coach who died in 2012 in a skiing accident. He was also an assistant principal at Royse City High School. Proceeds from the tournament benefit local charities.

Geoff Moulton, one of the golfers competing in the tournament, used a 4-iron to ace the 200-yard sixth hole on Sunday at Webb Hill. Witnessing the ace were Shaun Franklin, Blake James, Dustin Stephenson and Julia Stephenson.