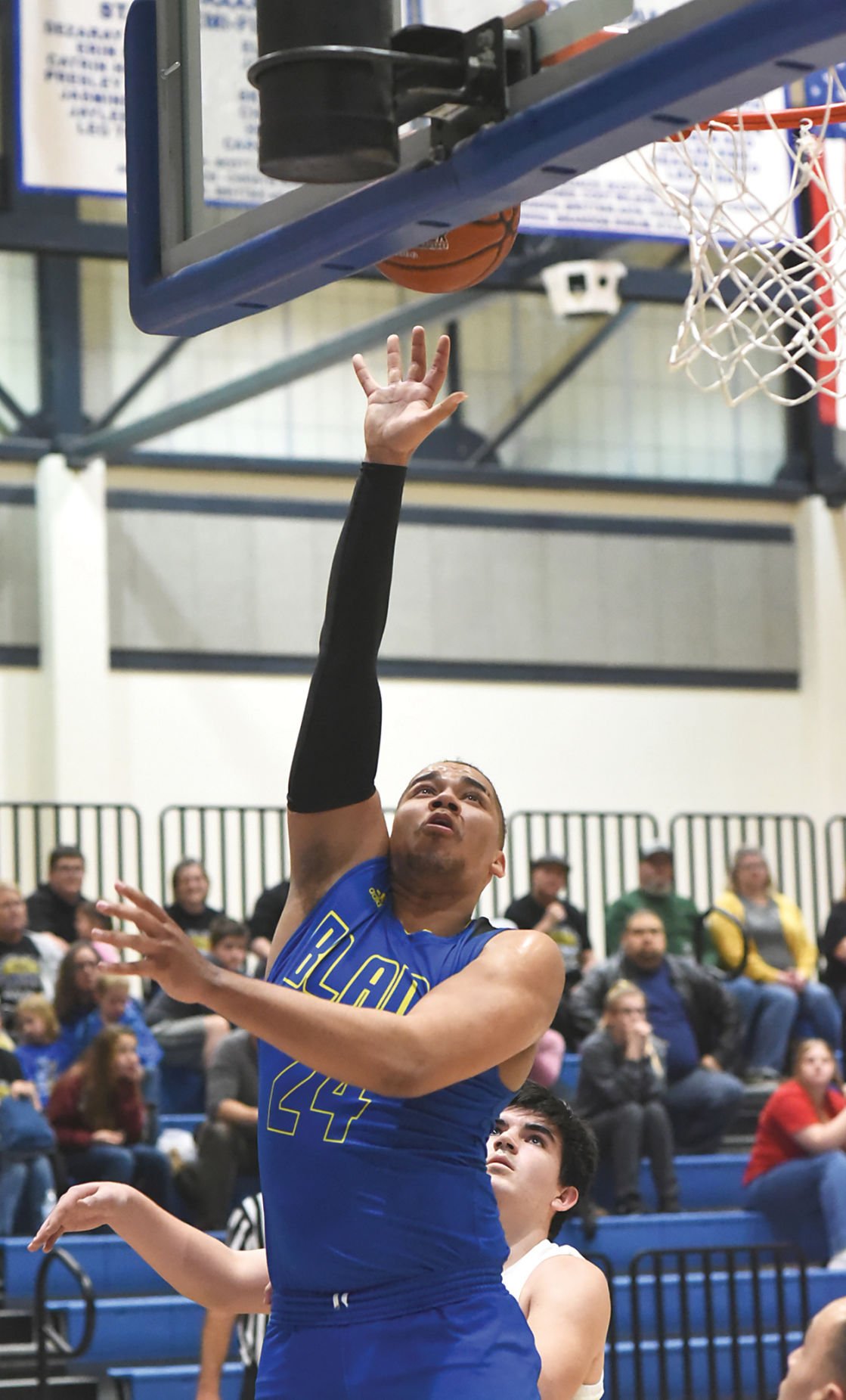 Gabe Butler fires up a shot for the Bland Tigers during their 62-52 playoff win over Como-Pickton. Butler finished with 21 points. 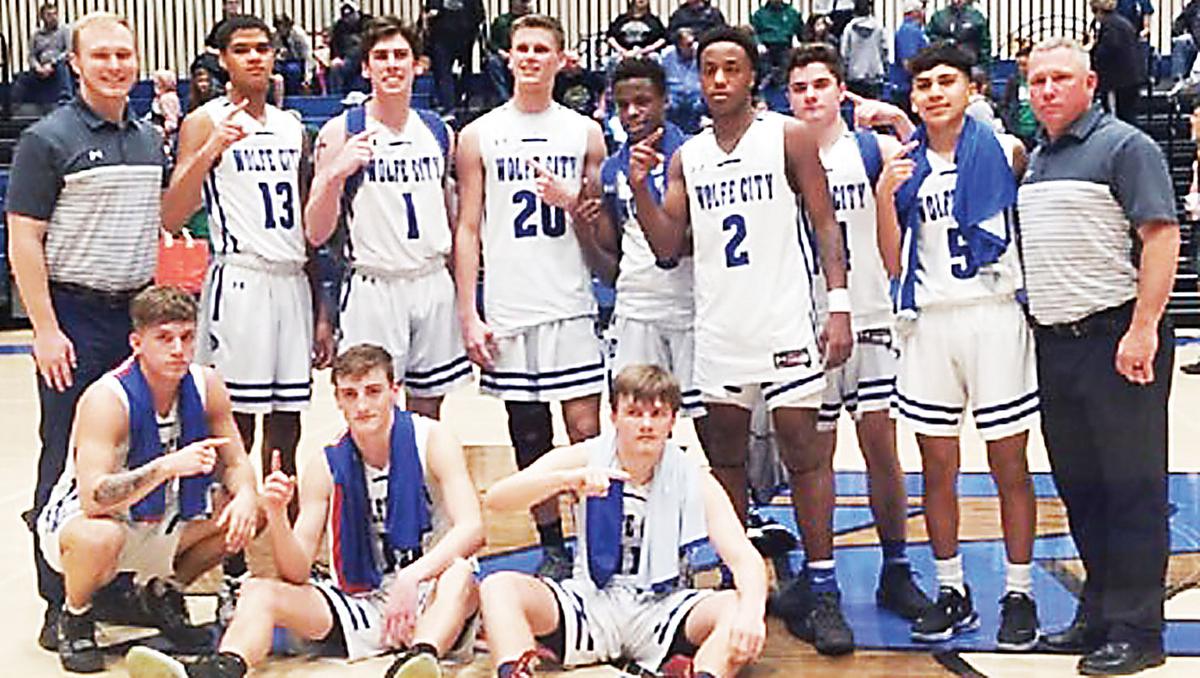 The Wolfe City Wolves celebrate after beating Boles 100-50 to win a Class 2A bi-district title.

Gabe Butler fires up a shot for the Bland Tigers during their 62-52 playoff win over Como-Pickton. Butler finished with 21 points.

The Wolfe City Wolves celebrate after beating Boles 100-50 to win a Class 2A bi-district title.

Townley pumped in a game-high 24 points, including a couple of 3-pointers, as the 19-13 Foxes advanced to the area round to play Henderson. Henderson won its bi-district game 60-45 over North Lamar.

“I’m really happy for my kids,” said Caddo Mills coach Jason Thomason. “We played a really tough schedule this year, with the intent of it paying off this time of year. I’m glad it came to fruition.”

Brownsboro’s Bears started fast, grabbing a 14-7 lead after the first quarter, but Caddo Mills started chipping away in the second quarter to get within 26-24 at halftime.

Brownsboro stretched its lead to 38-33 heading into the fourth quarter but the Foxes outscored the Bears 15-8 during the final eight minutes.

Next game: Caddo Mills vs. Henderson, area round.

EMORY — Bland’s 6-8 junior Gabe Butler dominated inside to lead the Tigers to a 62-52 Class 2A bi-district playoff victory over Como-Pickton on Tuesday.

Butler scored 21 points, pulled down about a dozen rebounds and blocked several shots as the 20-11 Tigers advanced to the area round to play Big Sandy, a 56-48 winner over Linden-Kildare. The area playoff game is scheduled for 7 p.m. Friday, again at Rains High School in Emory.

“We let them hang around a little bit but finished strong,” said Bland coach Hayze McGuckie. “Got the job done.”

But Wyatt Wigington hit five of six free throw attempts in the fourth quarter to finish with 10 points for Bland and Butler hit another free throw with 2.71 seconds left.

Taylor Hervey hit three 3-pointers for Bland to finish with 11 points and C.J. Hoffman hit a big 3-pointer in the fourth quarter and finished with 10 points.

EMORY — Wolfe City hit the century mark for the first time this season as the Wolves cruised past Boles 100-50 in a Class 2A bi-district contest on Tuesday night.

The 27-8 Wolves advanced to the area round to play Rivercrest, a 64-42 winner over Hawkins.

“That’s as good as we can play,” said Wolfe City coach Stephen Blassingame. “I’ve got a lot of respect for Coach (Jeff) Thomason at Boles. I’m really proud of the kids.”

Dayton Smith poured in 24 points to lead the Wolves, who also collected 22 from Mo Russell, 14 from Cole Salisbury, 13 from Dylan Wilson and 11 from Amarien Jones.

Next game: Wolfe City vs. Rivercrest, area round.

MOUNT VERNON — No. 21 ranked Commerce rolled to a 93-56 Class 3A bi-district playoff win over New Boston on Tuesday.

The 26-9 Tigers moved on to the area round to play Troup, which won its playoff game 39-37 over Daingerfield.

New Boston, which finished fourth in District 14-3A, finished the season at 15-16.

FORNEY — Quinlan Ford finished fourth in District 13-4A but knocked off 14-4A champion Canton 42-38 at the bi-district round on Tuesday night.

The 24-12 Panthers will advance to the area round to play Kilgore, which won its bi-district game 42-39 over Liberty-Eylau.