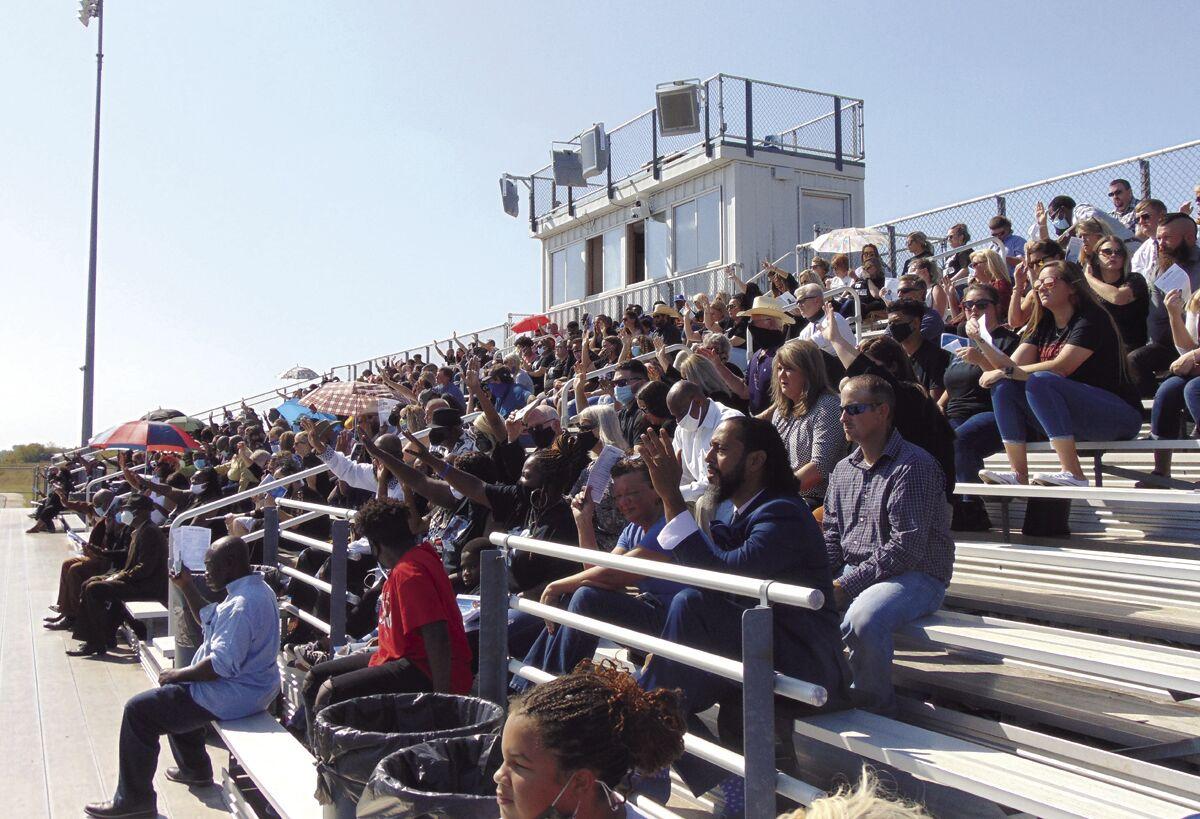 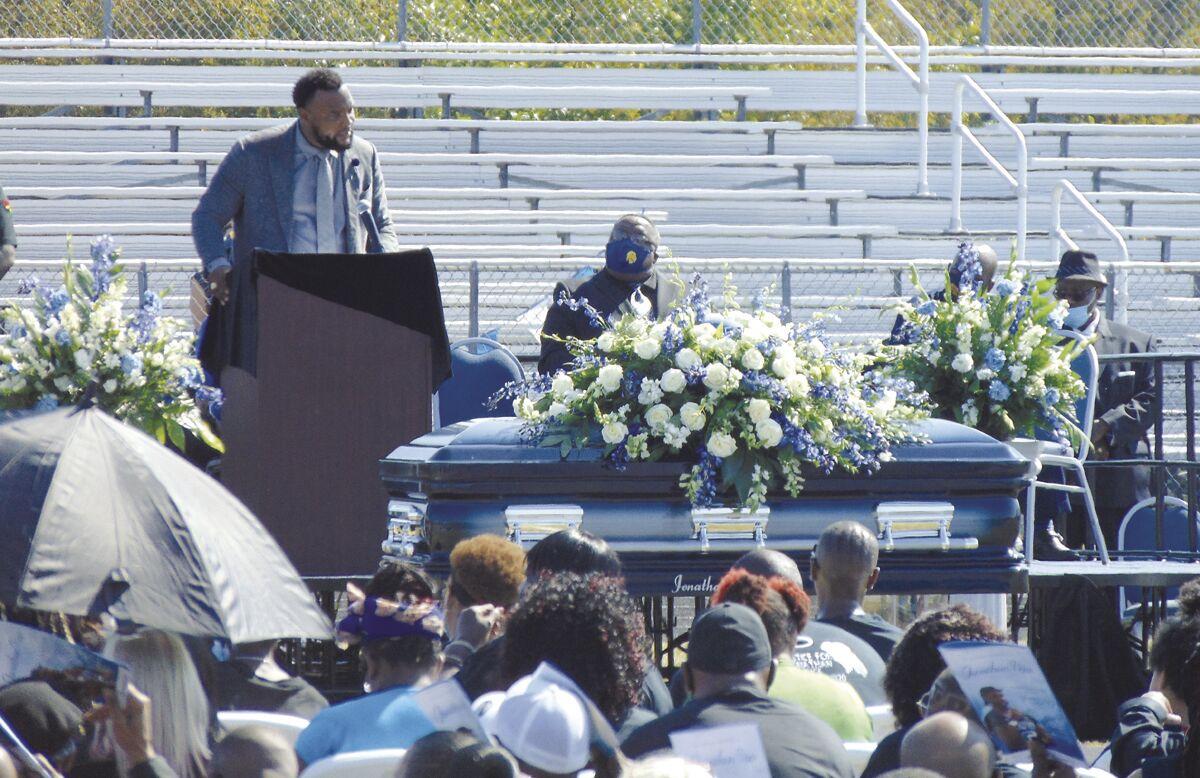 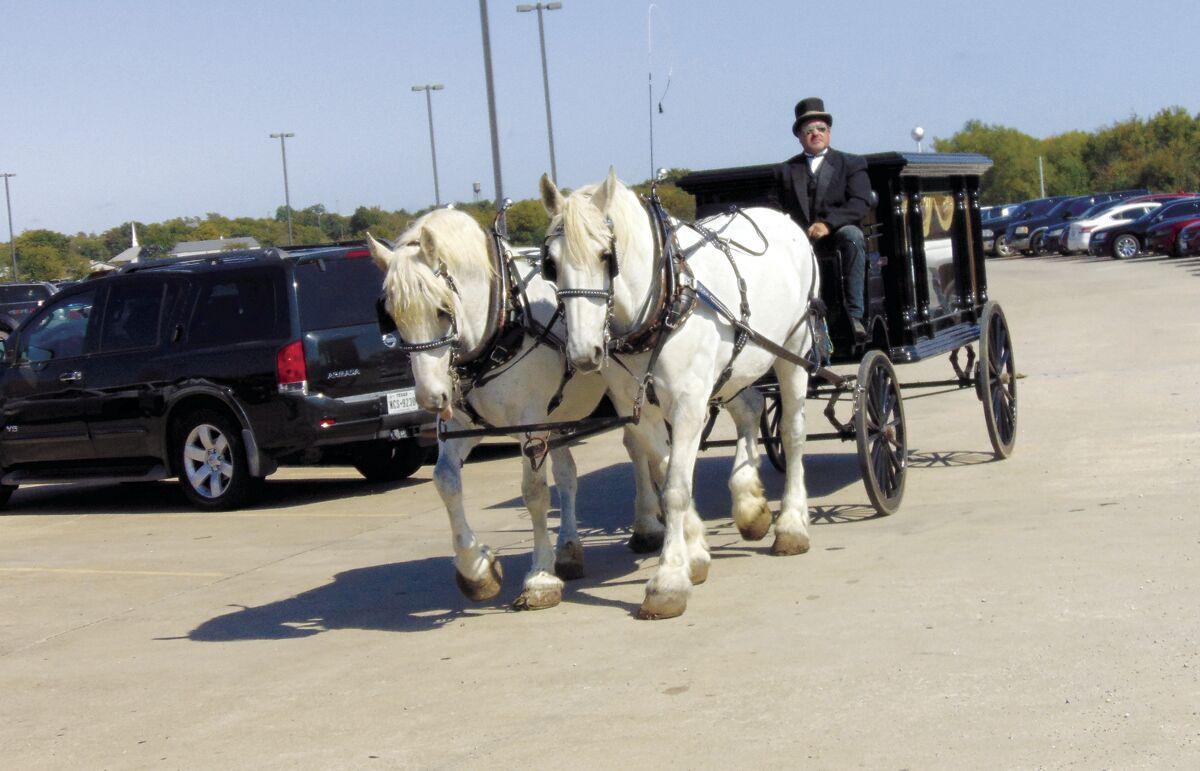 WOLFE CITY — Hundreds of people filled Don Howard Stadium at Wolfe City High School Saturday to remember Jonathan Price, a cherished member of the community who was killed in an incident which has since captured the attention of the entire nation.

The memorial service drew many of those who knew Price well, friends who grew up with him in Wolfe City.

Case Roundtree, along with Price, was a member of the 2007 graduating class of the high school, and was among a close group of friends who knew Price since elementary school. Roundtree recalled how he was the quarterback of a football team which included Price as an exceptional tail back. Roundtree said they dominated their opponents, until one playoff game in high school when it appeared nothing was going right. Price pulled Roundtree to the side and inspired not only him, but the entire team to represent Wolfe City. Roundtree said it was the attitude and spirit for which Price was known.

“He elevated us,” Roundtree said. “Today Jonathan, we are elevating you.”

The service included remarks from several of those who said Price was an inspiration.

Dale Trompler, Price’s former coach at Wolfe City High School, recalled how Price not only lifted the team but had the same affect on the community as a whole.

The service closed with Price being carried via a horse drawn carriage to Mount Carmel Cemetery for burial.

Price was shot and killed the night of October 3 as he allegedly attempted to break up a disturbance at a Wolfe City convenience store. Ex-police officer Shaun Lucas has been charged with murder in connection with the incident and remained in custody Saturday in the Collin County Jail in lieu of $1 million bond.