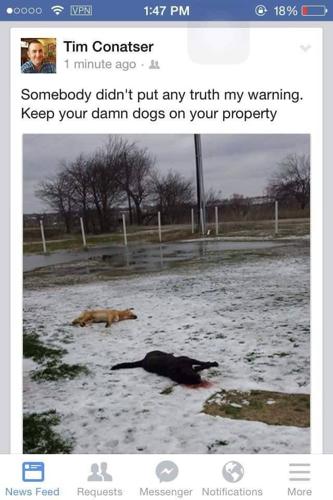 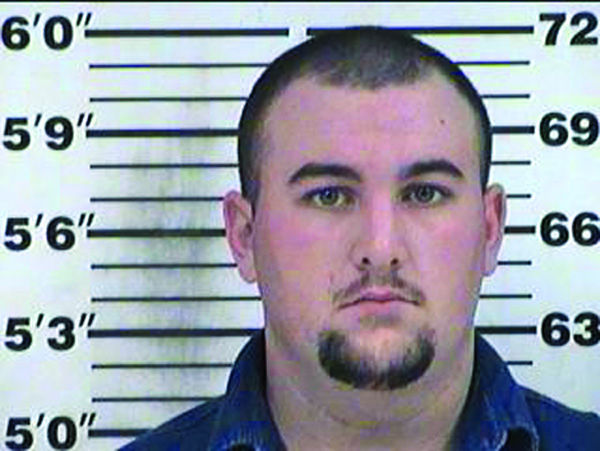 UPDATE 10:17 a.m. — Constable Terry Jones said Conatser turned himself in Wednesday morning and was cooperating with authorities. Jones said the case is wrapping up and will be submitted to the Hunt County District Attorney's Office. He confirmed the two dogs Conatser allegedly killed were pets, and both appeared to be lab mixes.

"The Sheriff's Office brought this case to my attention first, and they have assisted in the investigation," Jones said. "It takes all of the local agencies working together."

Jones also emphasized that local firefighters should not be judged due to Conatser's alleged actions. Conatser was a volunteer firefighter with the Union Valley Fire Department at the time of the incident. He has since been removed from the department.

ORIGINAL: Timothy Glen Conatser, who made headlines last week when he posted on Facebook that he alleged had shot two of his neighbor's dogs who were on his property, has been charged with two counts of animal cruelty to non-livestock.

Conatser 20, turned himself in on the charges this morning at the Hunt County Sheriff's Office. The charges have a pre-set bond amount of $5,000 each.

The charges are state jail level felonies, which are punishable upon conviction by a maximum sentence of from 180 days to two years in a state jail and an optional fine of up to $10,000.

It was not immediately clear whether Conatser will be released on the bonds today.

Additional details will be posted as they become available.