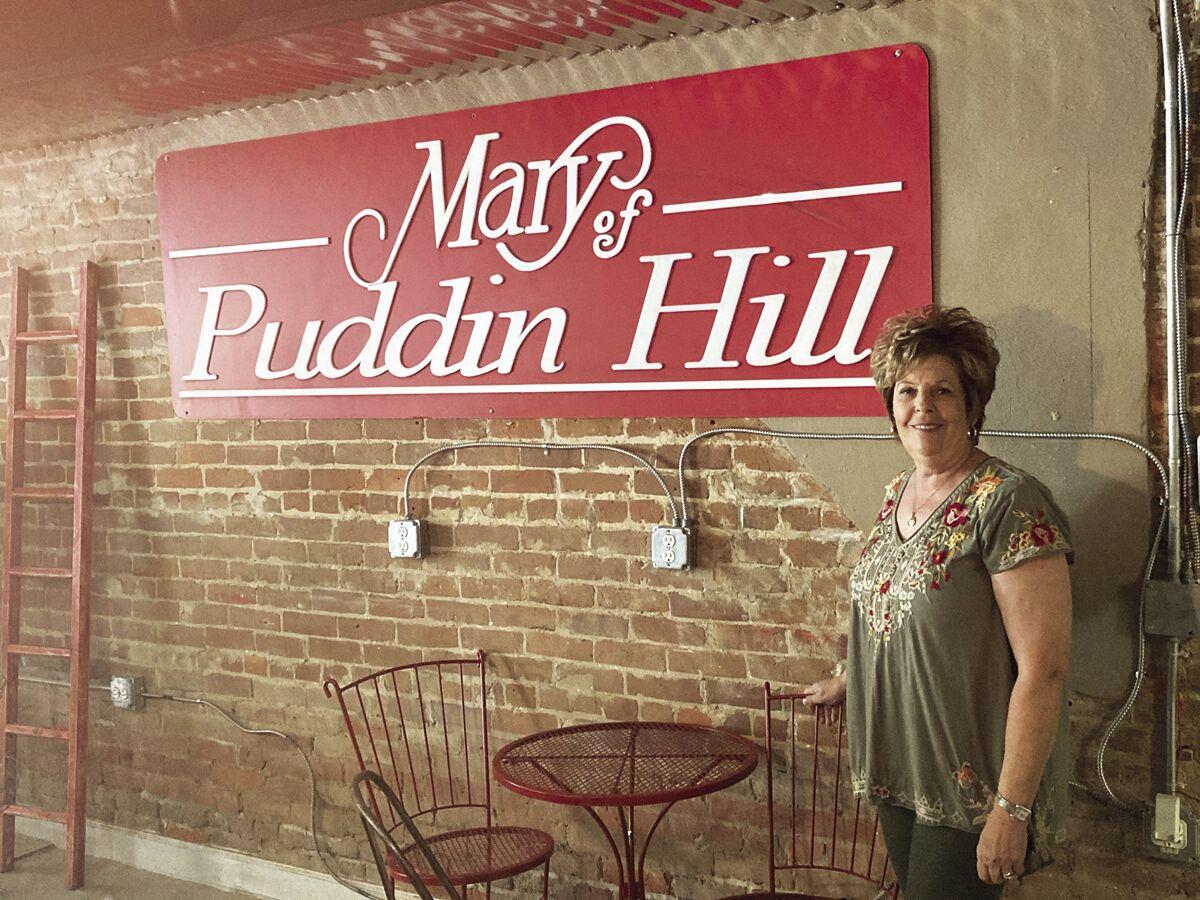 Luanne Dickens is opening a new Mary of Puddin store in downtown Greenville later this month. 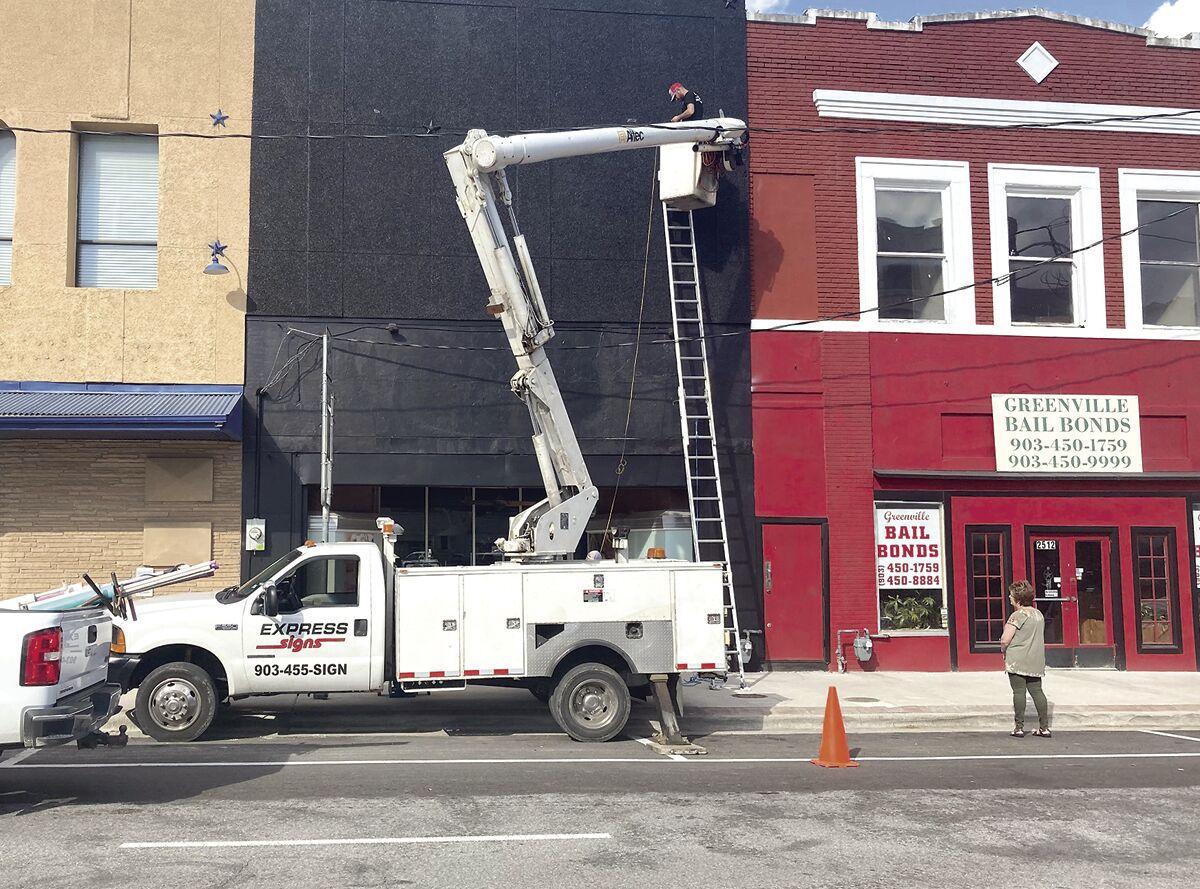 Luanne Dickens looked on as a crew with Express Signs added a new advertisement Monday for the upcoming Mary of Puddin Hill store in downtown Greenville.

Luanne Dickens is opening a new Mary of Puddin store in downtown Greenville later this month.

Luanne Dickens looked on as a crew with Express Signs added a new advertisement Monday for the upcoming Mary of Puddin Hill store in downtown Greenville.

You just can’t keep a good fruitcake down.

Greenville will see the return of perhaps its most iconic business later this month when a new Mary of Puddin Hill store opens downtown.

Luanne Dickens, owner of Greenville Floral & Gifts, decided to bring the business back to town after the original store and bakery, which had been on Interstate 30, closed in 2014.

“We just thought it was something people would recognize and would come to find,” Dickens said. “We just wanted to bring more business to downtown.”

As a new sign was being installed Monday afternoon on the store at 2518 Lee St. across from the Hunt County Courthouse, Dickens showed off some of the items which had already arrived and were being arranged for sale, as well as one big reminder of the company’s past.

“This was the original sign which hung inside the store,” Dickens said of the large red and white display.

The name of Mary of Puddin Hill was once synonymous with Greenville, as the company was known not only for its legendary fruitcake but also as a well-known tourist attraction.

The local store and bakery closed in 2014, although the business continued in Palestine and maintained an online presence at www.puddinhill.com.

In November 2013, the Texas Historical Commission presented then-Mary of Puddin Hill owner Ken Bain with a Texas Treasure Business award, which pays tribute to businesses that have provided employment opportunities and support to the state’s economy for 50 years or more.

According to the Texas Historical Commission, the company had a local history dating back 175 years, beginning in 1839, when James and Mary Horton came to the Blackland Prairie of Northeast Texas, arriving on a rainy day. Mary Horton was said to have had difficulty walking up a hill through the mud, which she said was as thick as pudding. Thus, Mary Horton became the first Mary of Puddin Hill.

Horton’s recipe for pecan fruitcake was passed down through the family and made the company famous.

During the Christmas season of 1949, while students at the University of Texas, Sam and Mary Horton Lauderdale began making and selling fruitcakes in their apartment, based on her grandmother’s recipe. The couple later decided to return to Greenville and made it a full-time business, purchasing a few acres of the original Puddin Hill farm. The retail store was added in 1975 and a candy kitchen in 1980.

State Rep. Dan Flynn said he always wanted to pass out business cards made of chocolate and obtained some from Mary of Puddin Hill.

“I finally had to start limiting them, because as soon as I would get them, they’d be gone,” Flynn said.

Local historian Carol Taylor recalled how Mary of Puddin Hill made a replica of the Hunt County Courthouse out of white chocolate for the county’s 150th birthday in 1996.