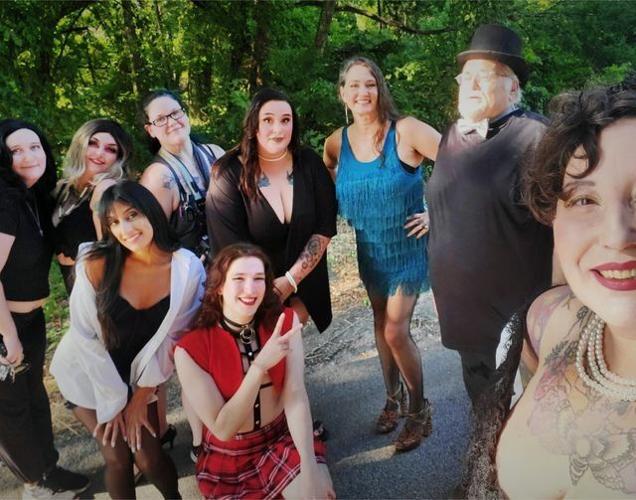 The members of Troupe De Lish plan to put on a playful and colorful show this Saturday as a fundraiser to help in the fight against breast cancer. 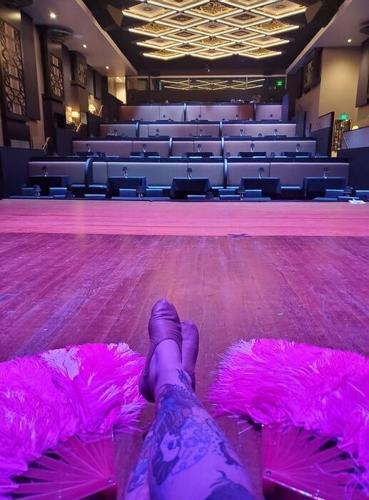 The members of Troupe De Lish plan to put on a playful and colorful show this Saturday as a fundraiser to help in the fight against breast cancer.

The Texan Theater is likely to be a colorful, lively place this Saturday, as the scene of Greenville’s second-ever “Cabaret for a Cause.”

Run by the 100% volunteer group Troupe De Lish, the first charity burlesque show in 2018 raised about $5,000 to support organizations that help survivors of domestic abuse. This year, the troupe is raising money to go toward the fight against breast cancer.

“All proceeds go for breast cancer awareness, and I am sure most all of us have been affected by this horrible disease in one way or another,” said Erica Painter, the organizer of the event.

For the last eight months, Troupe De Lish’s eight performers have conceptualized, choreographed and rehearsed this year’s show, which will consist of 11 routines divided into two acts. “Wine tasting” will be the production’s unifying theme.

“The idea behind the theme is that each performer, like different types of wine, has their own characteristics and flavor,” Painter said.

Also in connection with wine (and other “adult beverages”), the 21-and-older event will be BYOB, with guests having the option of bringing their own alcoholic beverages.

When some folks hear the word “burlesque,” they may automatically associate it with striptease; however, Painter assures that Saturday’s production will be quite different from what some might expect.

“There will be a lot of variety in it, with most of the performers performing in multiple routines,” Painter said. “For example, I’ll begin the show playing the guitar and singing, but in the second act, I’ll be doing a fan dance.

“One question I have gotten a lot is, ‘are you taking off your clothes?’” Painter said. “No. I’m not removing any clothing. Some (of the performers) will, but it’s not the same as what one expects in a (strip) club.

“It will be more of a Facebook-friendly, no areola shown kind of show,” Painter explained. “There may be a possible condom balloon or 20, but no actual ‘parts’ will show.”

Despite the playfully adult nature of the show, Painter says she’s been pleased with the amount of support she’s been getting in the community for the performance.

“Actually, I’m not really all that surprised by the support I’ve received. A lot of the people here have been really supportive of me through everything, and since this show is pretty much my brainchild, people have supported me with this as well,” Painter said. “Also, it’s for a good cause, so I’m hoping people will see beyond the pasties and see the heart of it.”

In addition to the performances themselves, the show will include a tribute to the late Dennis Strickland, a tireless advocate of the local arts scene who passed away in November 2020.

“The late and great Dennis Strickland was our awesome emcee at the first Cabaret for a Cause (in 2018), so we’ll be honoring his spirit by having our emcee for this show wear one of Dennis' colorful, outlandish jackets,” Painter said.

Tickets to enjoy the show in person are available online at https://bit.ly/3fsjkXd, with tickets ranging in price from $25 to $75, depending on the seat. For those who would prefer to watch from home, streaming is being provided by Vaughn Dance, and tickets to the streamed performance can be purchased at https://bit.ly/3dKIGza for $25.