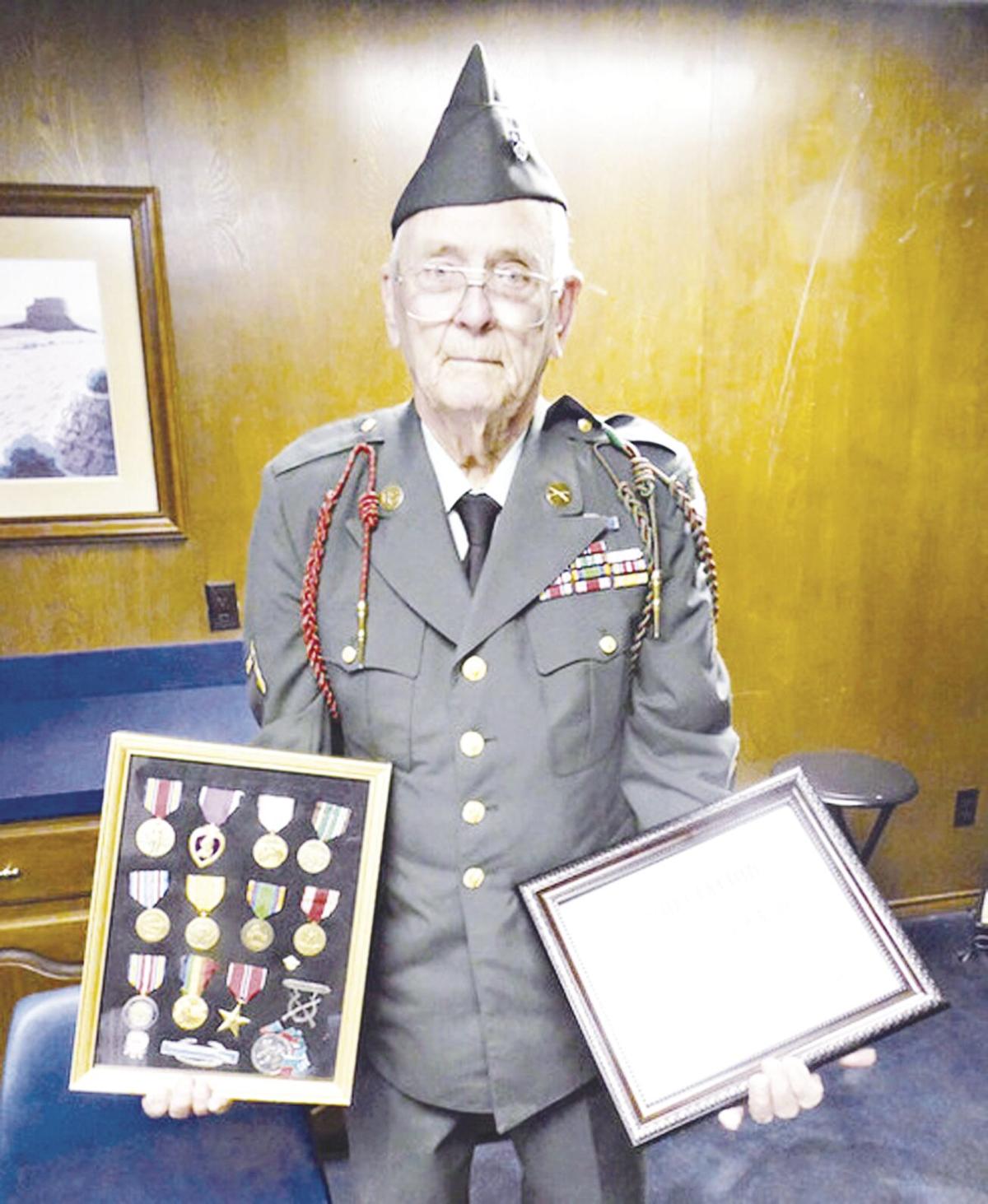 World War II veteran Arlen “Jay” Butler, of Cash, will celebrate his 100th birthday Saturday. In this photo from 2014, he’s seen holding his collection of medals he’s earned, including a Purple Heart and a Bronze Star, and his Certificate of Merit from VFW Post 4011 in Greenville. 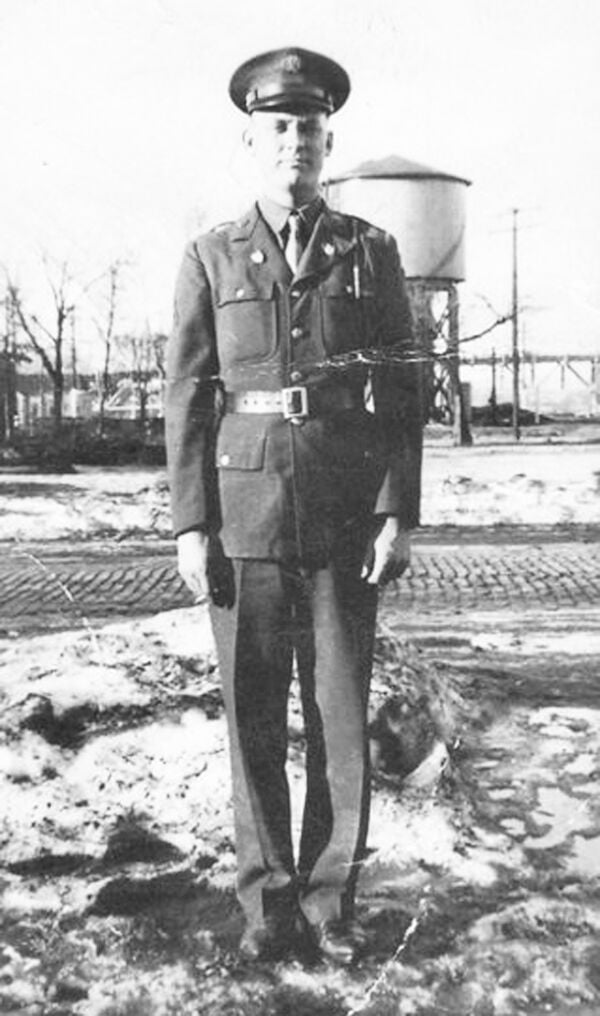 World War II veteran Arlen “Jay” Butler, of Cash, will celebrate his 100th birthday Saturday. In this photo from 2014, he’s seen holding his collection of medals he’s earned, including a Purple Heart and a Bronze Star, and his Certificate of Merit from VFW Post 4011 in Greenville.

Arlen “Jay” Butler, of Cash, is a World War II veteran who landed with the second wave on Omaha Beach and fought in the Battle of the Bulge as a member of the 23rd Infantry. This Saturday, he will celebrate his 100th birthday.

“I know I don’t look as old as I am, but for a while, I’ve been the oldest guy doing things with the VFW, the Disabled American Veterans and other veterans’ groups,” Butler told the Herald-Banner.

“Before this COVID-19, I’d go to the VFW, have a few drinks and sing karaoke,” the soon-to-be centenarian added with a chuckle.

Raised in Frogdale, or Carter’s Prairie (which was near Quinlan), Butler started working for the Civilian Conservation Corps, a New Deal-era work relief program, as a teenager. He later joined the U.S. Army shortly after the German invasion of Poland in 1939.

As the 23rd Infantry marched and fought across France into Germany, and eventually into Czechoslovakia, Butler was wounded twice, and in one such instance, he was trying to disarm an improvised explosive devise.

“I was de-activating booby traps and I got wounded in my right leg,” he said. “I had to spend about four months in the hospital after that.”

For his service and sacrifice, he was recognized with a Bronze Star, a Purple Heart and several other distinctions.

After the war, he returned to Texas, where he initially worked as a cab driver, until later going into the private security and private investigation business.

“As a security guard in Dallas, I probably took more shoplifters to jail than any of the Dallas police officers,” Butler said proudly.

In retirement, Butler has been active with several veteran-related projects including being a former quartermaster for the local VFW post and a founding member of the Hunt County Honor Guard. He was also instrumental in the creation of a replica of the Vietnam Veterans Memorial in West Tawakoni and used to stand guard at Texas A&M University-Commerce’s annual Veterans Day Vigil. He has also participated in the university’s East Texas War and Memory oral history project.

“I’ve always enjoyed meeting with school kids at a lot of different events, answering their questions, and showing them some of my old stuff, like my mess kit and bayonet,” Butler said.

Butler and his wife, Trevelyan, enjoyed nearly 60 years together until she passed away in 2018. She was also active in local veterans’ organizations.

“When you’re with someone for that long and they pass, it’s hard, because you’ve spent the biggest moments of your life with them,” Butler said. “I’ve slowly but surely got back to my old self.”

While still holding the memory of his late wife dear, Butler managed to find love again and married his new wife, Marie, in July.

Butler said he is looking forward to celebrating his 100th birthday with family this weekend. They plan to meet at 1 p.m. at the Cotton Patch in Greenville. Friends and members of the community are welcome to drive through the restaurant parking lot, and “honk and holler” in honor of Butler and his years of service to the country and his fellow veterans.