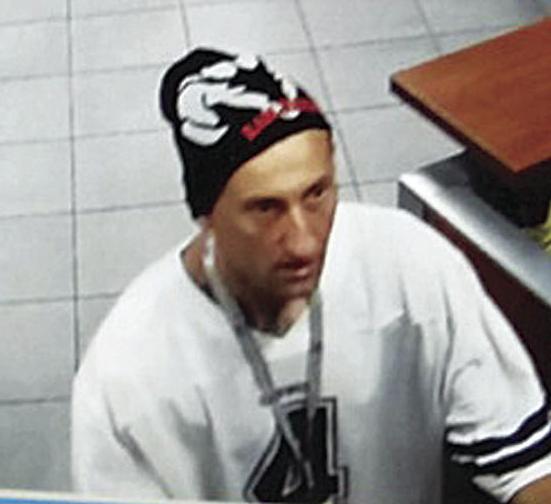 The Greenville Police Department is investigating a reported burglary at a local car dealership overnight.

The culprit was reported wearing a Dallas Cowboys jersey and allegedly made off with a new car, computers, tools and a pair of boots.

Police officers responded this morning to Greenville Chrysler, 5401 Interstate 30. Ricky Blackshear is an employee with the dealership and said the break-in occurred at around 11 p.m. Sunday when the suspect was believed to have entered a gate in the parts department.

“It was just one guy that I know of,” Blackshear said.

Susan Tremor, the dealership’s service manager, said whoever was responsible used a customer's vehicle to smash their way into the parts and service department.

The employees were only allowed back into the building once the police officers left about 11 a.m. today.

The alleged suspect, a white male, was observed on video wearing a Dallas Cowboys No. 4 jersey, a pullover cap, a necklace and white socks.

“I think he left with a Dodge Challenger and one of the mechanic’s toolboxes,” Blackshear said, adding the box was filled with thousands of dollars worth of tools belonging to the mechanic. “I think that it was in the car that he stole.”

“They had just dropped it off the transfer truck,” she said.

The suspect was believed to have spent a long time committing the crime.

“It looked like he was here more than than two hours,” Tremor said, based on the video.

The individual stole several license plates from inside the dealership’s finance department.

“Along with pretty much every laptop,” Tremor said.

A personal jacket belonging to one of the service employees was taken.

Also missing is a pair of expensive boots which were in the parts department and maybe in the Challenger at the time.

“I think he’s wearing those boots,” Blackshear said. “I think he stole the hat here, too.”

Anyone with information concerning the reported break-in is asked to contact the Greenville Police Department at 903-457-2900 or, to remain anonymous, they can call Hunt County Crime Stoppers at 903-457-2929.