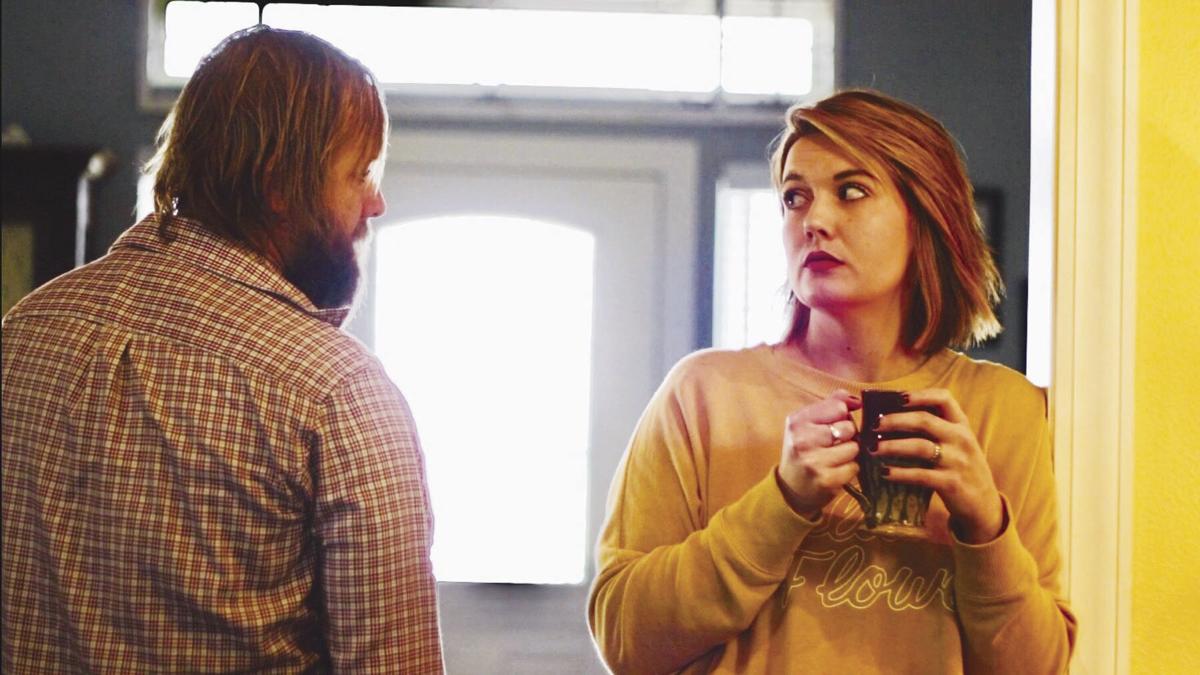 Michael Lester, left,  and Toni Jones in a scene from ‘No Good Deed.’ 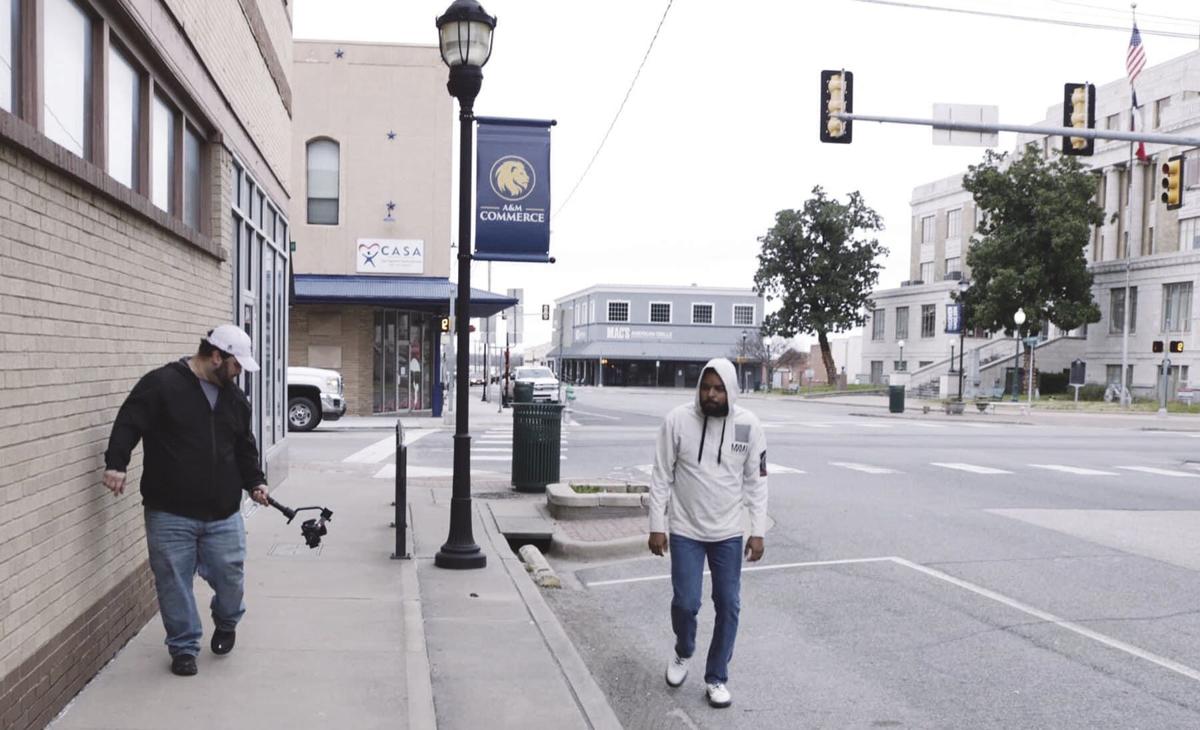 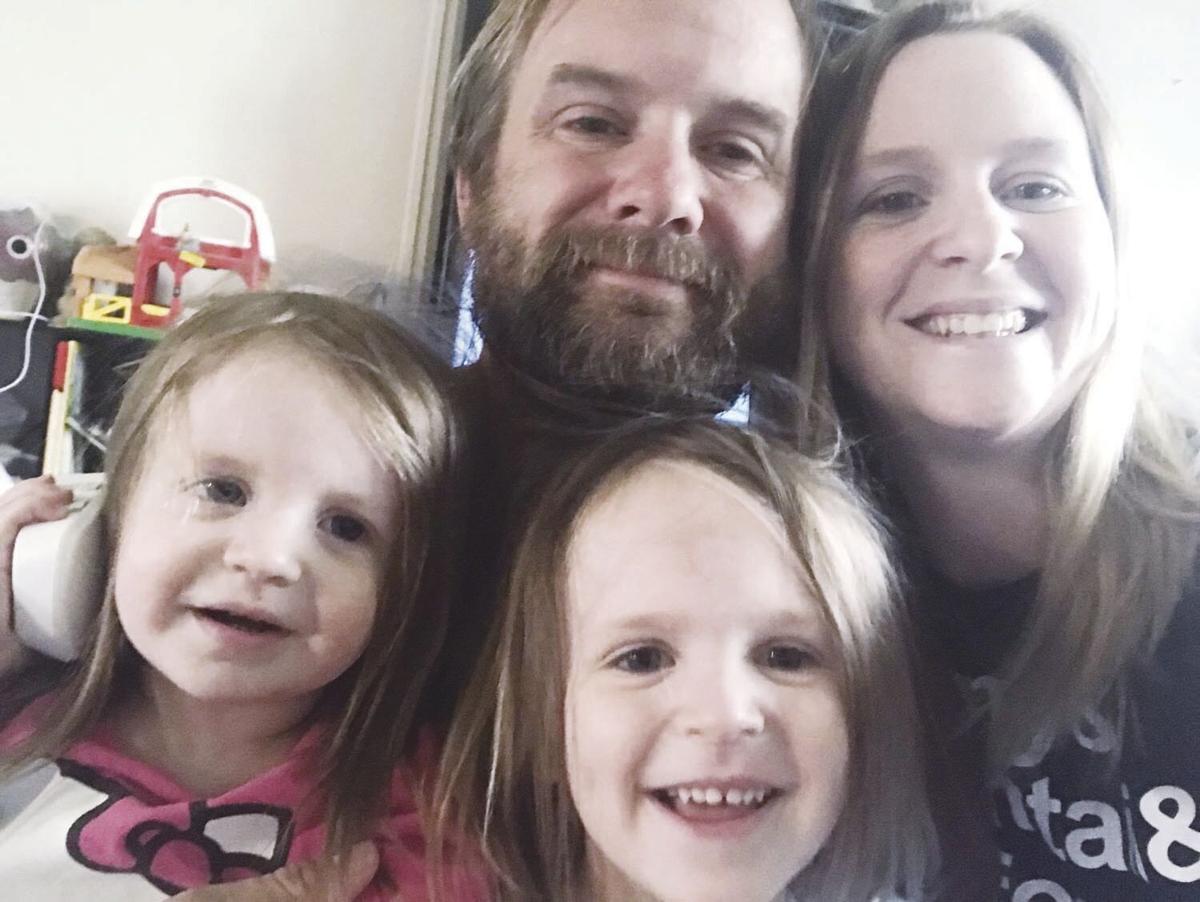 The Lester family consists of, from left, Nora. Michael and Ashley. In front, Caitlin.

Michael Lester, left,  and Toni Jones in a scene from ‘No Good Deed.’

The Lester family consists of, from left, Nora. Michael and Ashley. In front, Caitlin.

He’s husband to Ashley and daddy to Caitlin, age 7, and Nora, age 4. He works for Atmos, makes incredible artistic photos and has ventured into moviemaking with an impressive short film called “No Good Deed.”

During the summer of 2020, he stepped up and took on the role of organizer of a Black Lives Matter event, the “We Are George Floyd” march and rally in downtown Greenville.

Michael Lester is an upbeat, optimistic guy, who made his way through the pandemic growing shaggy, unkempt locks. That furry look made him perfectly cast as a fearful, desperate character called Amos Carter, the protagonist in the short film which Lester wrote, edited and co-directed with Brandon Westbrook.

After years of making videos, Lester has now completed the short feature with Westbrook, his filmmaking partner.

“Brandon and I have been doing videos on Camcorders since we were 12-years-old,” Lester said during a recent interview. “He’s always ready to jump in on anything. I’ve been so lucky to have a best friend like Brandon. We have continued to make videos which are usually comic and not cinematic.

“About a year ago, I wrote a short film script, a drama. We just ran out in the woods, and we rushed through it. It didn’t turn out so well. So the next time for this film, I was really to focus and make sure that what we put on camera was something that people would want to see.”

Even though Lester and his crew did not own expensive equipment, they were able to create a professional quality production.

“Now with digital, it’s possible for anyone to make a film,” Lester said. “We made the movie for not a lot of money. We used a couple of $400 Canon cameras and lights that cost $100. I edited the film on an eight-year-old MacBook.

“What’s important to me is what you are shooting. You’re talking about framing, lighting, color, angles, all those things. To me, those are more important than shooting on a $10,000 camera. You shoot on a $10,000 camera, and someone who knows what he’s doing could take a phone out of his pocket and do something that looks better.

“We shot for five Saturdays in a row. Many locations, including Lee Street and the flour mill, were in Greenville.”

“Toni Jones, the girl in the film, has actual acting experience,” he said. “When I was explaining the story to her, I used the phrase ‘no good deed,’ and I realized that would be the title of the movie.”

“No Good Deed” is available on You Tube.

Now that the film is finished, Lester is in pre-production on his next project, a horror movie titled “Passenger.” He is storyboarding it now.

Lester’s ambition is to make a feature-length movie someday. Because movies helped Lester through a tough time when he was younger, he developed a fondness for the medium which inspired him to become a filmmaker.

During 2003-2004, Lester watched a tremendous number of movies on video. Luckily, he lived down the street from Blockbuster in Greenville. At that time, the video store had a deal. For $30 a month, a person could rent an unlimited number of titles.

“The catch was that you could only take out one movie at a time,” Lester said. “Since I lived a block away, I would show up at 10 a.m. on Saturday and Sunday, get one movie, go home, watch it, bring it back and get another one. Sometimes, I was able to watch as many as four movies in a day. I watched many independent films, small films, movies that most people would never see.

“I watched these small films, and I would make connections to the stories and the characters, and it helped me realize that there were people in the world like me. It was a lonely time; these films helped me feel not so alone. That’s when I fell in love with film.”

Even though he does not consider himself to be political, Lester got involved and became a civil rights leader during the summer of 2020.

“I just believe in human rights,” Lester said. “I found myself on Facebook making the same points year after year. Then when George Floyd was killed, I realized that I couldn’t just keep repeating those things. Outright racism is easier to fight than indifference. When people say, ‘It’s not that bad here, not as bad as the media claim,’ what does that prove? It just takes the fire and the fight out of someone who wants to do something. Instead of listening to the downplaying, I decided to do something. I wanted the people of this town to know that people like me are out there and that they have allies. I wanted people to come to the courthouse square and see that they are not as alone or as outnumbered as they think they are.”

Lester organized the “We Are George Floyd” march and rally in downtown Greenville which took place on June 7, 2020. He was joined in planning the event for racial justice by Dan Perkins of the Corporation of Cultural Diversity, the Greenville Ministerial Alliance, the NAACP Greenville Branch and Greenville Police Chief Scott Smith.

“From the moment that the idea was conceived to find out about a permit until the day we were marching was only seven days!” he said. “For some reason, I had infinite hope in the human spirit so I knew that somewhere there was a population that existed, and they just needed someone or something that they could latch onto. I felt confident that we were going to have a good turnout.”

Despite heat in the mid-90s on that Sunday afternoon, the peaceful event drew a crowd of hundreds. Marchers began at Market Square and stopped at the Hunt County Courthouse for the rally. After multiple speakers addressed the crowd, the marchers returned to Market Square.

After June 7, Lester continued his quest for equal justice for Black citizens.

‘’Through the event, I made one really good ally,” he said. “His name is Kevin Heath. He grew up in Greenville and does a lot in the community. He focuses on the kids and how we can help them. He’s become one of my close friends, and we continued to work together after the march. We met with the police chief for hours, and we also met with the City Manager. We went to a City Council meeting, and we had dinner with the police officers. Even though it seemed like we were not accomplishing much at the time, we were not doing this for gratification, but rather to make real change. The idea is that we have all these conversations and hopefully will plant seeds everywhere.”