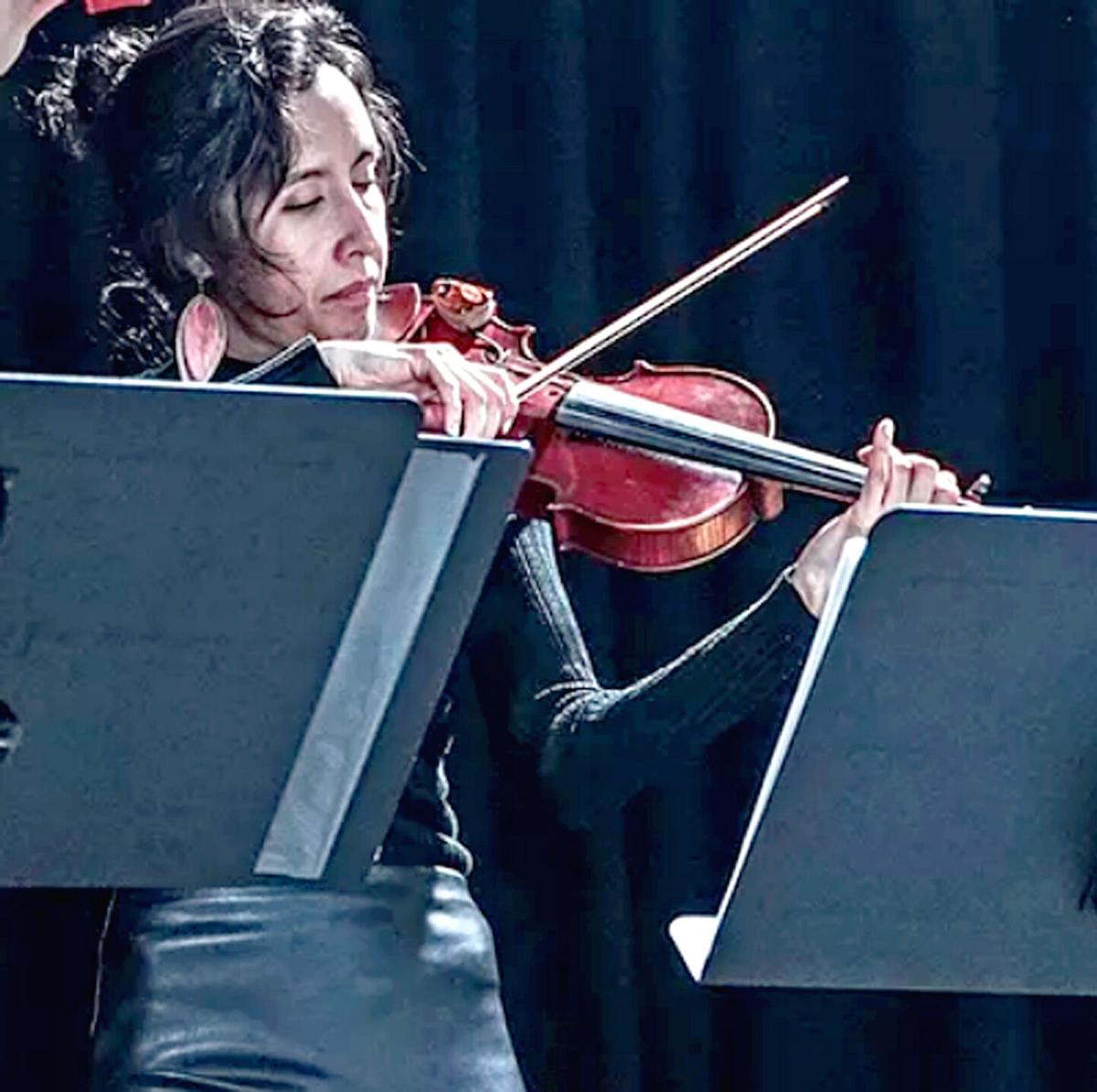 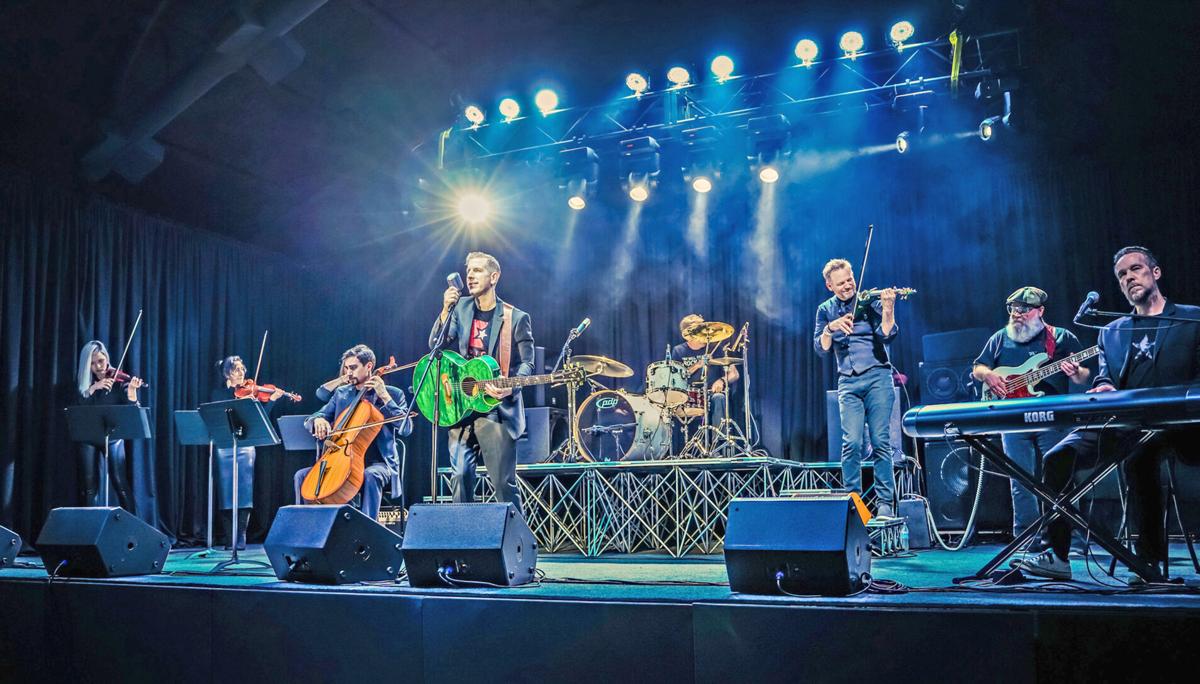 Dr. Monica Rodriguez de la Hoz, second from left, a Suzuki violin instructor with Greenville ISD, performs with Dallas-based rock band Epic Unplugged. With a doctorate, and two master’s degrees in violin and viola performance, Rodriguez de la Hoz enjoys playing both classical music and several other styles. In addition to Epic Unplugged, she has performed with the Trans-Siberian Orchestra.

Dr. Monica Rodriguez de la Hoz, second from left, a Suzuki violin instructor with Greenville ISD, performs with Dallas-based rock band Epic Unplugged. With a doctorate, and two master’s degrees in violin and viola performance, Rodriguez de la Hoz enjoys playing both classical music and several other styles. In addition to Epic Unplugged, she has performed with the Trans-Siberian Orchestra.

An important part of being a great teacher is being a lifelong learner. One educator who takes this to heart is Monica Rodriguez de la Hoz, a violin instructor in Greenville ISD’s Suzuki Strings program.

Originally from Brazil, Rodriguez de la Hoz holds a doctoral degree and two masters degrees in violin and viola performance, and still continually seeks to enrich her musicianship by branching out from her classical background, by playing with several jazz and rock projects.

“Playing jazz has opened my ears a lot, because it’s not just reading [music], which is similar to the Suzuki method of teaching, because there’s a lot of focus on developing your ear and listening to the sound of the music as you’re playing,” Rodriguez de la Hoz said.

One of the non-classical groups she played with was Trans-Siberian Orchestra, a rock band known to most people for their “symphonic metal” flavored Christmas albums.

“I had a very nice experience playing popular music and jazz with the Trans-Siberian Orchestra for two years,” Rodriguez de la Hoz said. “Playing in those styles was very interesting, and the people were great. We still keep in contact.”

Long before coming to Greenville in 2016, Rodriguez de la Hoz grew up in Brazil, and began playing the violin soon after her mother saw a youth concert.

“I was always very shy, but after my mom saw about 70 kids playing together, she thought it would be good for me and my twin sister to be part of something like that, so she us start lessons,” Rodriguez de la Hoz said. “I was eight or nine when I started playing, and I’ve never stopped.”

“Since coming here, I’ve had so many opportunities, and the people I’ve learned from have been so helpful and professional,” Rodriguez de la Hoz said. “I’ve been blessed since moving here.”

Rodriguez de la Hoz’ depth and breadth of musical knowledge, skill and experience has also helped her to connect with her students on a deeper level.

“Both country fiddle and mariachi music are so big, here in Texas,” she said. “I have many Mexican-American students who were born listening to mariachi music, so learning the violin is very enjoyable for them and their families.”

Despite the pandemic forcing most of her lessons to be taught remotely, this school year saw two of Rodriguez de la Hoz’ students receive first division ratings at the UIL All Region Solo & Ensemble competition earlier this semester.

“I had two students, Sebastian Gonzales, who played a Class 2 solo, and John Kuhn, who played a Class 3 solo, get first divisions this year,” Rodriguez de la Hoz said. “Sebastian started with me from zero in 2016, he’s very committed and also plays [French] horn in band. John has been in the Suzuki program, but wasn’t in my studio until this year, but he is already advancing well.”

Like many teachers, Rodriguez de la Hoz enjoys hearing from her former students.

“I’ve had many students who have had to move over the years, some have which have had to move back to Mexico,” she said. “When I hear from them, it’s very nice to know that they’re doing well, and I know that the discipline they received as part of the Suzuki method helps them in so many ways.”

A Visitation will be held on Friday, May 14, 2021 at the Wesley United Methodist Church Narthex from 6:00 PM 8:00 PM. You may leave condolences, by visiting www.shmfh.com.