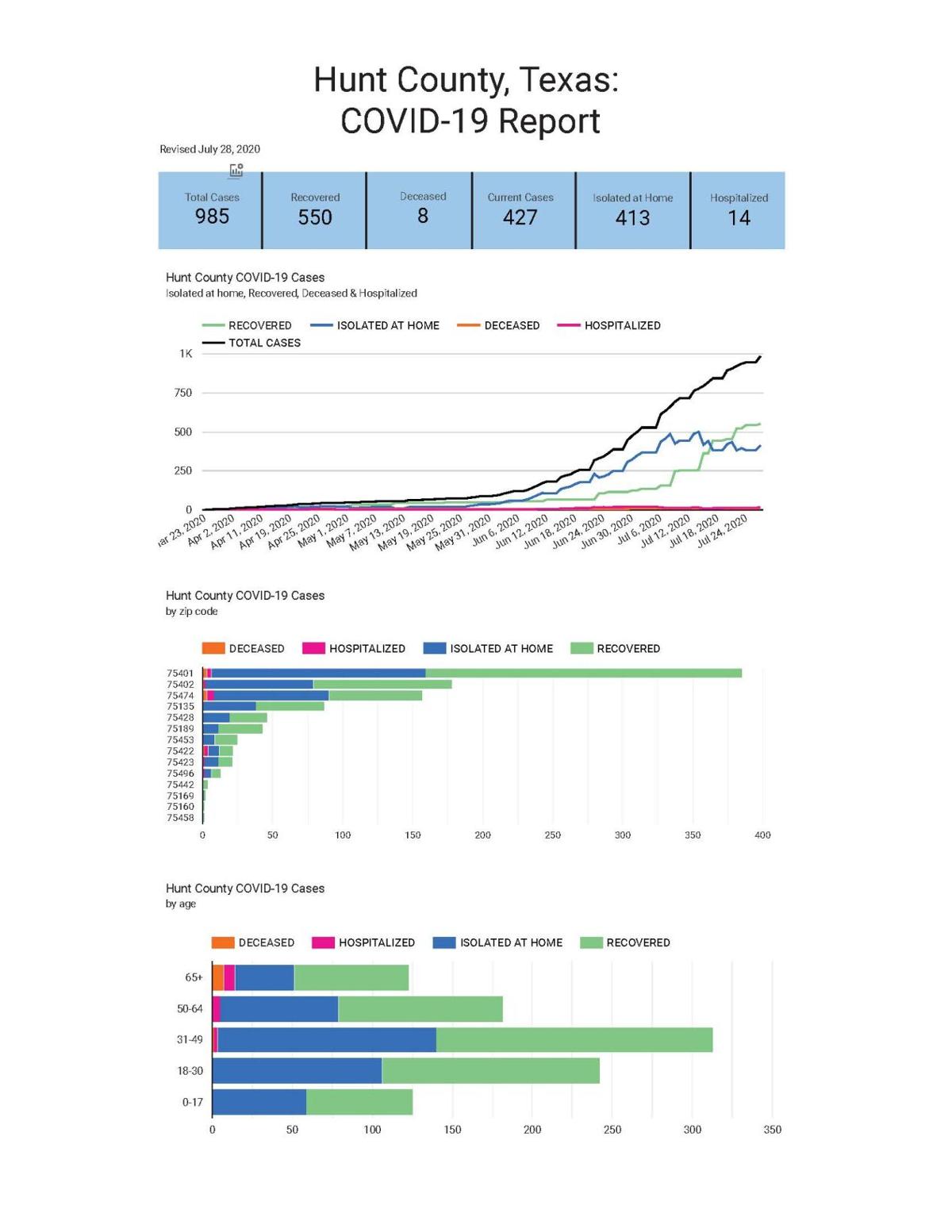 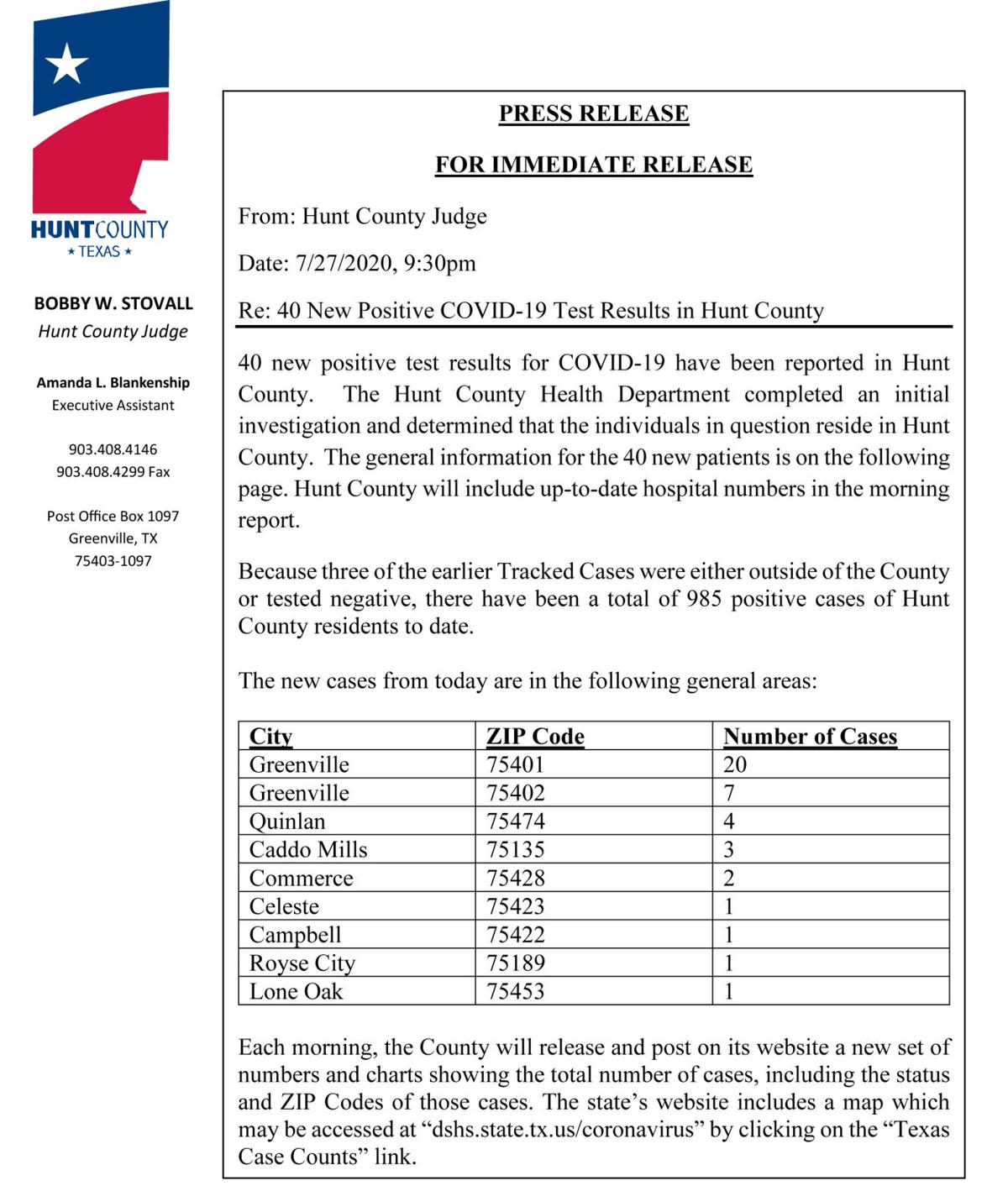 As of Monday, reports from across the Hunt and Rockwall County region revealed that more than 1,600 people had been confirmed with COVID-19, with more than 1,000 people having recovered from the virus.

The office of Hunt County Judge Bobby Stovall reported the Hunt County Health Department conducted a preliminary investigation and determined the most recent cases included 27 in the Greenville ZIP Codes, four from Quinlan, two from Commerce and one each from Campbell, Celeste, Lone Oak and Royse City.

Hunt County had 985 total positive cases of the virus as of Tuesday morning.

The numbers included 427 current cases, an increase of 29 people from the Saturday morning report, with 413 patients recovering at home and with 14 people reported to be in the hospital with the virus.

A total of 550 people had recovered from the virus as of Tuesday morning, five more than Saturday’s report.

Sixteen people from Hunt County had reportedly died of COVID-19.

The Texas Department of State Health Services was reporting 5,205 people had been tested for COVID-19 in Hunt County as of Tuesday morning, 17 more than had been reported Monday.

The Rockwall County Office of Emergency Management was reporting that as of press time, the county had 684 cumulative confirmed cases of COVID-19, an increase of 11 cases from the same point Friday. The 105 estimated active cases were eight fewer than the day before, with the 562 estimated recoveries, an increase of 39 people from Friday’s report. A total of 8,362 tests had been conducted in Rockwall County as of Tuesday.