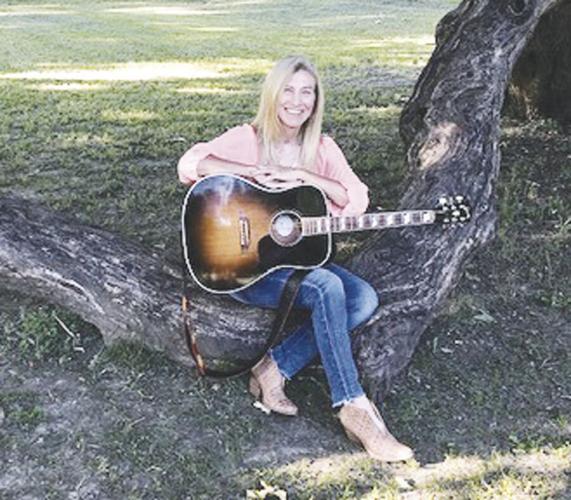 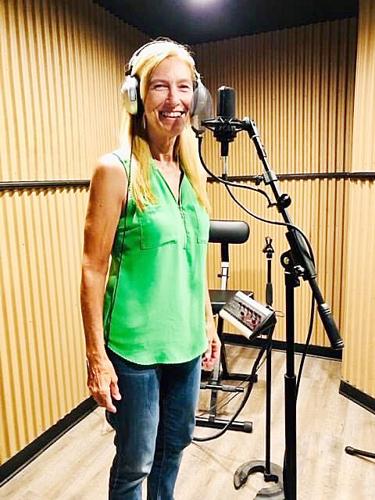 Janis Diane at the Brad Davis Recording Studio in Commerce.

Janis Diane at the Brad Davis Recording Studio in Commerce.

While checking out the watermelons and tomatoes at the Greenville Farmers Market or eating breakfast or brunch on the patio at Ain’t Just Pie, you can once again enjoy live music. It’s wonderful to see and hear talented performer Janis Diane sing and play the guitar as she resumes her regular Saturday morning gig outdoors and physically distanced from the vendors, shoppers and diners.

Her immense repertoire includes varied tunes, including some that she has written and some that fit the moment. If a train whistle sounds, Janis launches into her cache of train ditties.

Recently on the patio at Ain’t Just Pie, she sang an eclectic mix of blues, country, rock and pop tunes including Roberta Flack’s “Killing Me Softly,” John Denver’s “Some Days Are Diamonds,” Frank Sinatra’s “Fly Me to the Moon” and her composition “Trouble Stew.”

“Janis shares her passion for music,” Strickland said. “Her gifts as a performer and lyricist, perfect for this season, are a joy when she sings on the patio of Ain’t Just Pie overlooking the Farmers Market. Those Saturday mornings are rich.”

Although she lives in Cooper, Diane entertains all over Northeast Texas, but quite frequently she appears in Greenville.

“Greenville has to be my biggest customer,” she said in a recent interview. “I love the Greenville audience. I play at Ain’t Just Pie on Saturdays when the Farmers Market is open and often in the evening at The Oaks Country Club.”

She will appear onstage at the Texan this month with Friendlee Live.

In previous years, she routinely provided music during the Uptown Forum’s Third Thursdays, and she also performed at Hump Day Happy Hour.

“Before the virus shut things down, I was part of the show at Texas Tattoos and Art Gallery for Erica and Josh Painter,” Diane said. “In addition to being artists, the Painters are both musicians.”

On her back Janis sports a hummingbird tattoo courtesy of Texas Tattoo.

“We used to have an annual concert series (now suspended due to COVID-19) featuring local musicians and artists,” Erica Painter said. “It was not so much about drawing a crowd, but instead getting a video made for each performer to share with their fan base. Janis is a house favorite because she is not only incredibly talented, but also easy to listen to regardless of the type of music styles preferred by those that come through our establishment.”

“I have also done shows at Landon’s Winery and at the VFW Post here in Greenville,” she said. “The Parkinson’s Disease group used to meet at the Greenville hospital once a month. I have played for them a few times. They are the best audience and they often sing along! I hope to play for them again after the pandemic is over.”

While she remains busy as a traveling musician, Diane also holds down a day job as an English teacher in the North Hopkins School District where she is known as Janis Thomas. She retired several years ago, but she has returned to instruct English classes for dual credit in high school and at Paris Junior College. She works half a day, five days a week.

“It’s very different from when I was working full time when I even drove a bus,” she said. “I’ve been involved in this district for more than 30 years.”

North Hopkins has begun this school year with most of the students attending classes in person.

“We are the only school in Delta County with no COVID-19 cases,” Diane said. “The district has good cleaning and protection procedures in place, and Delta County only has 17 total cases.”

Diane began her life in Omaha, Nebraska, where she lived until her family moved to Arlington when she was 16. After receiving her undergraduate degree at the University of Texas at Arlington, she got her master’s degree in English at East Texas State University. Except for three years when she lived and taught school in Bowling Green, Kentucky, Diane has remained a “naturalized” Texan.

Diane has three daughters. Sabra is a lawyer in Houston and Virginia Mae works in insurance in Austin. Her youngest daughter Allegra attends the University of Texas in Austin where she has a double major in film and engineering.

Because she loves being outdoors and going backpacking and camping, Diane wrote a song about the hiking, biking and equestrian trail along the former railroad tracks in Northeast Texas.

“I’m pleased that my song ‘Northeast Texas Trail’ is on the Northeast Trail’s website,” she said.

Although she did not write music for many years, Diane has returned to composing and will release some of her songs on a CD in the coming months.

“I wrote some things as a teenager,” Diane said. “I blush to see those lyrics now, but there is one song from the early days which will be on my CD.”

For an extended period, Diane gave up her life as a musician.

“I put my guitar down when I was pregnant with my first child,” she said. “I was so busy teaching and raising my kids that I didn’t have time for music.”

“For five years, I had a duo called Wide Open Band with my former boyfriend Randy Willis,” she said. “He taught me so much and helped me to develop confidence.

“I just started writing again for therapy. I try to write a new song every two to four months. The song I just finished is called ‘My Dad’s Buick LeSabre.’ I found the notes about the song a month ago. I realized that now I know how to write it. Many songs come to me when I am walking or riding a bike.

“One of my newer songs, “Trouble Stew,” was inspired by watching Ken Burns’ PBS series on country music. I was fascinated to learn how fast Hank Williams could write a song. Every one of his songs was a hit! I wrote ‘Trouble Stew’ as a kind of exercise, but the song has grown on me.

Her clever and funny song “Chip and Joanna, Won’t You Fix Me Up?” gets lots of applause during concerts. Diane was moved to write the song based on the couple’s extremely popular HGTV program “Fixer Upper.”

“My daughters want me to put the ‘Chip and Joanna’ song on my CD,” she said.

Some of Diane’s recent compositions include the lyrics and words for “Poison,” “The Balcony” and “Don’t Get in Your Own Way.”

Diane muses about the isolation of recent months.

“The pandemic taught me to slow down,” Diane said. “I would sit around the house and play my guitar every day, but I really missed playing for people. I missed the crowd interaction. Now I’m trying to perform outdoors when I can and keep my gigs down to one a weekend.”